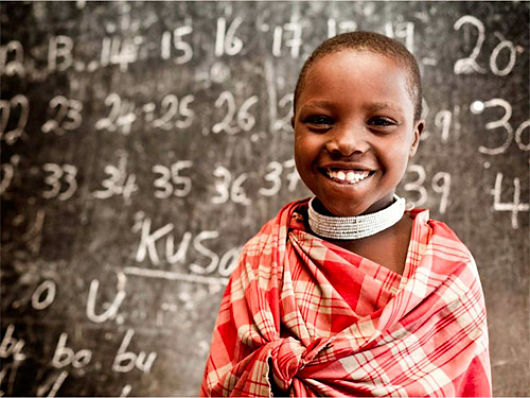 Eradicating global poverty is a goal that not only transcends borders, ideologies and religions – it is also intricately related to other critical development goals outlined by the U.N. in the Millennium Development Goals. One issue closely tied to international poverty is the absence of access to basic, quality education in many developing countries. The relationship between education and poverty has become increasingly clear over the years, and addressing global education needs inevitably addresses global poverty as well. Here are ten startling facts relating education and poverty:

1. Expanding access to basic, quality education would spur a 12 percent drop in world poverty.
It is estimated that 171 million people could be lifted out of poverty if all individuals in developing nations left school with basic reading skills. However, estimates suggest that 250 million children still fail to learn basic reading skills in school, and 121 million children are not in school at all.

2. An individual’s earnings increase by 10 percent on average for each year of school completed.
Increasing the number of years that students receive quality education increases their income and pulls them out of poverty. Education in this way demonstrates a ripple effect because as earnings increase, more money is inserted into the local economy, and everyone reaps the benefits.

3. For every US$1 spent on education, US$10-$15 is generated in economic growth.
This means that allocating appropriate aid towards increasing access to education actually saves money in the long-term. However, the percentage of humanitarian aid dedicated to education is steadily dropping.

4. Education for girls and women is especially important.
When an educated woman’s income increases (as it will by 20 percent for each extra year of education), it has been shown that she will reinvest over 90 percent of her earnings in her family and community. It is estimated that by investing in secondary education for girls and women, 3 million lives could be saved. However, 62 million girls around the world are still not in school.

5. No country has obtained rapid economic growth without a literacy rate of at least 40 percent.
Around 781 million adults are illiterate, two-thirds of which are women. Illiteracy makes many things — reading a prescription bottle to signing a contract — virtually impossible and drastically reduces the ability of the individual to gain meaningful employment with a living wage.

6. About 75 million young people are unemployed.
This is a number that could be significantly reduced by increasing access to basic education in developing countries.

8. Each additional year of schooling raises annual GDP by 0.37 percent.
By focusing on providing quality education to citizens, nations can improve their international financial performance enormously.

9. School fees, where families must pay to enroll their children in primary school, remains a huge problem in developing nations.
The lack of funding dedicated to education means that many countries cannot afford to provide free, quality, public education. Many families that are already struggling to provide necessities such as food simply cannot afford to pay the price of a quality education for their children.

10. The poorest children are five times less likely to complete primary school than the richest children.
Being born into the poorest 20 percent of households worldwide often means that the child receives very little education, creating a vicious cycle from which it is very difficult to escape.

While huge progress has been achieved towards universal, quality education around the world, much remains to be done — for the sake not only of the children receiving schooling but for the world in general.