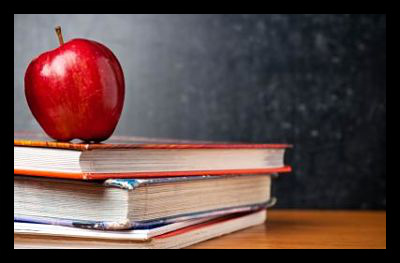 Humans of New York photographer, Brandon Stanton, has been on a 50 day world tour, visiting 10 countries and photographing each of the countries inhabitants. If close attention is paid, an underlying theme of education is present in many of the captions that accompany the posted photos.

This theme of education can be seen in photos from Iraq with young men telling of their dreams to become doctors and of another young man’s journey in the Master’s program at the University of Damascus. It can be seen in Jordan with a man’s story of giving up his chance of an upper division degree because he went to work to help pay for his brother’s education. It can be seen in various countries in Africa of children whose dreams are to become lawyers, nurses, pilots and engineers. The theme of education can be seen when parents who, wanting a better life for their son, hiked with him over mountains for a month and left him in India for better schooling, a sacrifice that has kept the family apart for the past 20 years.

This wish can be seen through the efforts being made in the Millennium Development Goal of universal primary education. This particular endeavor has made progress and was a joyous victory until a new report written by Geeta Rao Gupta, UNICEF Executive Director for Programs, this past July shows progress in helping children receive an education has come to a standstill.

Gupta reported from a new data released by United Nations Educational, Scientific and Cultural Organization (UNESCO) Institute for Statics and Education for All Global Monitoring Report reveals, “an estimated 250 million children in the world cannot read, write or do basic math … ” Research shows more often than not, children not receiving an educational opportunity are girls. Currently there are over 30 million school-aged girls who do not have the privilege of simply attending school.

This staggering number calls for a move to action. Girls need to be given a chance at an education. CNN released a report on the benefits of educating girls, reporting educating a girl not only benefits herself, but her family, community and country. UNESCO informs that a child with a literate mother is 50 times more likely to survive past the age of five. CNN also reports of a World Bank study, “ … every 1 percent increase in women with secondary education boosted a country’s annual per capita income growth rate by about 0.3 percentage points.”

Studies like this bear out the importance of giving girls a chance to learn. In response to stalled universal primary education, UNICEF announced policy pledges, including “[increased] access to quality early learning opportunities for all children” and “[focused] efforts on expanding education for girls … ”

Though the road ahead is rough in ensuring all children receive a quality education, Gupta said, “We know that when we bring educational opportunities to the hardest to reach areas, we win a number of battles: learning improves, community engagement is reinforced, and children, particularly girls, can exercise their right to an education.”