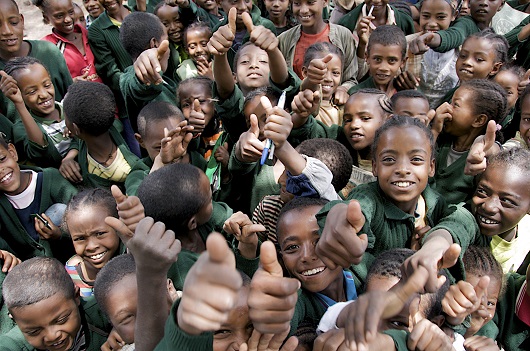 At the end of 2014, there were 19.5 million refugees around the world and 14.4 million of them were under the mandate of the United Nations High Commissioner for Refugees (UNHCR). Fifty-one percent of all refugees last year were under the age of 18, which is the highest in more than a decade.

With an increase in child refugees it has been tough on UNHCR and countries to come up with a sufficient way to ensure refugees are still getting an education.

There is a harsh reality some of these children face, which is their future is drifting away without a chance at receiving a quality education. More than ever education for refugees has emerged as an urgent issue to resolve.

In 2014, the United Nations Office for the Coordination of Humanitarian Affairs reported that only one percent of all humanitarian donor aid went to education. On average, the UN raises 40 percent of its target share during educational campaigns compared to 80 percent for food aid.

Education for refugees teaches self-reliance and plays an important role in psychosocial protection for children. Education informs refugees about hygiene, health and safety.

In 2012, UNHCR began developing an education strategy that will ensure 3 million refugee children have access to primary education and provide teacher training by 2016. To achieve these goals and more, UNHCR has developed partnerships with Ministries of Education and collected and managed data to monitor education programs for quality and efficiency.

However, UNHCR is not funded well enough to deal with the influx of refugees and the developed world has not taken enough action to help the refugee crisis. A decade ago 70 percent of the world’s refugees were hosted by developing countries and today, that number is 86 percent.

Refugees deal with enforced idleness because there are no jobs or activities and the idleness adds to the despair. They risk their lives and flee their home countries through rough environments and find safety but are stuck in camp with not much to do.

Education for refugees can fill the void and reduce feelings of despair by promoting mental and physical well-being. Without an increase of support from developing countries it is likely that the education programs will remain underfunded and not as efficient as food aid programs.