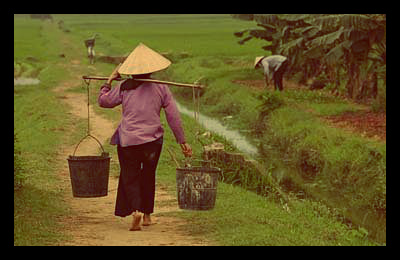 The National Bureau for Economic Research recently published a paper titled, “Does Economic Growth Reduce Corruption?” Using Vietnam as a case study, the authors from MIT, Duke & Northwestern Universities found that the answer is yes. The results of their study suggest that as poor countries grow, they “grow” their way out of corruption. This implies that it may not be necessary to root out corruption first to spur growth, but rather corruption might subside as a country grows even without explicit anti-corruption efforts.

Data was collected and analyzed from over 13,000 Vietnamese firms between 2006 and 2010. Vietnam was selected for the case study because between the period of 2006 and 2010, its economy grew rapidly at an annual growth rate of over 7% – all the while corruption was in the decline even though Vietnam was declared one of the most corrupt in the past. Studying Vietnam was also ideal because its lessons could apply to many similar developing economies. Like Vietnam, corruption in most developing countries happens most visibly at the local level – like that from the hand of a bureaucrat that deals with business registry or from a local official who distributes permits.

The study found that as a company grows and employs more, there were fewer bribes from local officials. A major factor contributing to this result is that companies with strong land rights and those with operations in multiple provinces could threaten to move away if the bribery got out of hand. Having property rights allows firms to sell their land and relocate should they wish to do so. Firms with a presence in multiple provinces could more easily scale back operations in one province and shift to elsewhere they might be subject to less corruption.

The study supported literature on the economic benefits of property rights. The basic premise tying economic growth to property rights claims that with more ownership comes more productivity.  At a micro-level, allocation of land rights increases household investment. The same could be said at the macro-level about a firm.  Having property rights offers a power that could counteract the power of a local official seeking bribes. In this scenario, the local official knows a firm could take their jobs and taxes elsewhere and leave the local government in despair. Furthermore, as firms become more productive and expand, the potential cost of relocating and establishing new plants become smaller for them.

Competition between jurisdictions may also encourage the right behaviors, whether it pertains to doing business across provinces within a country, or doing business across countries within a region. A firm would be more attracted to a place that promised less bribe costs and hence more profits. With this in mind, governments have an incentive to create such a self-reinforcing system of competition by ensuring companies have mobility to seek business-friendly districts coupled with government policies to strengthen institutions and to promote growth.