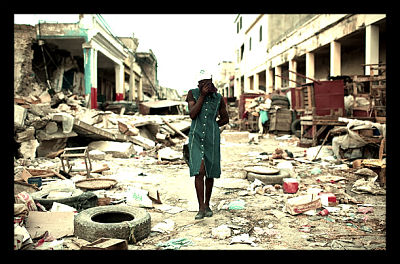 On January 12, 2010 a monstrous earthquake shook and shattered Haiti’s infrastructure, killing thousands and leaving thousands more displaced. Relief poured in from the international community with Efforts to repair, rebuild and revitalize the fractured Caribbean nation coming at no delay.

Now almost exactly four years later experts are evaluating – or re-evaluating – the success of said relief efforts: what has really been accomplished in the past few years?

USAID was one of the major organizations that spearheaded the relief efforts though they are also still at work on the ground today. Working closely with the U.S. government and other international aid groups, USAID lays claim to several improvements from the immediate relief stage to the more recent reconstruction stage.

According to the USAID Haiti website, the organization provided emergency food relief to nearly 4 million people, safe drinking water for 1.3 million and shelter to 1.5 million.

USAID also initiated several long-term programs with aims for sustainable recovery. The organization built shelters for over 328,000 Haitians and constructed over 600 classrooms for over 600,000 students. The Cash-for-Work program has employed over 350,000 Haitians and generated nearly $20 million for the economy.

With a heightened focus on agricultural technologies, USAID has helped raise crop yields of corn, beans, rice and plantains.

With such positive reports, it would seem that Haiti would be well on its way to a sound recovery. Unfortunately, as many experts, relief workers and Haitian citizens would attest, this is simply not the case. TIME magazine questions the so-called “progress” and underscores several shortcomings in regards to recovery efforts: “A new action plan by the UN found that at least 70% of Haitians lack access to electricity, 600,000 are food-insecure and 23% of children are out of primary schools.”

Furthermore, over 172,000 Haitians remain in displacement camps with limited access to clean water and sanitation while also contending with the high risk of flooding and disease outbreak – including a deadly cholera endemic brought to the island nation by the UN peacekeepers themselves.

The “simultaneous collapse” of the country’s political infrastructure make matters worse, says TIME, as Haiti must heavily rely on foreign aid and investment in order to regain its footings. Furthermore, billions of dollars in aid never reached the ground in Haiti, leaving development efforts dry and economic recovery tumultuous.

“We need to continue with improving the security of the country, the ease of doing business so companies can see Haiti as an investment place and come with hard capital,” Prime Minister Laurent Lamothe told the Miami Herald.

Governmental corruption and instability continue to cloud redevelopment efforts and cause many to wonder if a new dawn will ever break. Lamothe, however, has plans – and hopes – for his nation. “We have a new parliament that’s slowly going up. We have a country that’s starting to believe that we can get back on our feet. We’re starting to believe in ourselves that it can happen.”

Global Warning to the Dangers of AcetaminophenShare the Sun, Transform a Community
Scroll to top