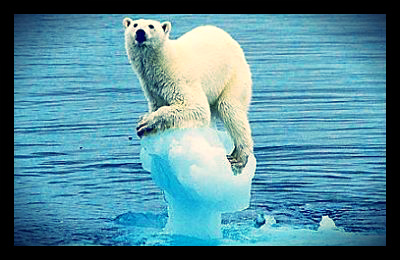 Recently, the Center for American Progress released a report that examined the link between poverty and climate change. The “Climate Change 2014: Impacts, Adaptation, and Vulnerability” report was authored by some of the world’s most outstanding scientists and researchers, who argued that the international community must take immediate action against climate change.

According to a paper published by the International Panel on Climate Change (IPCC) in April, nations that do not implement clear steps to reduce the inevitable impacts of climate change will likely suffer “crippling costs to do so in the future.” The IPCC also indicated that making the effort to curb climate change would be financially achievable and help contribute to poverty reduction.

Climate change affects public health, safety and quality of life. Those living in poor and developing countries are especially vulnerable to climate change, which the Center cites as a direct cause of “extreme weather events that flatten communities and critical infrastructure, cause food insecurity, give rise to pollution-related illnesses, and disrupt livelihoods.”

Industrialized countries contribute the most to climate change, but developing nations are the ones ultimately unprotected from the deadly effects of extreme weather conditions and natural catastrophes. Climate change is notably detrimental to those whose livelihoods depend on climate-sensitive activities such as farming and agriculture. Additionally, individuals living in poor areas lack the means to adapt quickly to erratic climate patterns.

Eliminating global poverty and reducing climate change have been two enduring and persistent challenges. Experts believe that climate change can no longer be stopped, but attempts should still be made to slow its current rate. Luckily, the international community has plans to develop a comprehensive global development agenda after the Millennium Development Goals expire in 2015.

The new agenda would provide the necessary direction and guidelines for governments, local institutions and the private sector to downsize poverty and maintain global development projects. Environmental issues were never fully integrated into the Millennium Development Goals, and the upcoming agenda would be a valuable opportunity to do so.

The Center has suggested a number of ideas that should be added to the 2015 agenda (which has an expected expiration date of 2030): eliminating the practice of overfishing, increasing water efficiency in agriculture by 25%, ensuring universal access to modern energy services, preventing the loss of natural forests, reduce global carbon pollution and emissions from energy production, doubling the amount of renewable energy in the global mix and more.

The impending agenda would be a significant step towards making climate change a recognized and urgent issue. And ultimately, those living in extreme poverty would benefit the most from a strong international emphasis on confronting climate change.