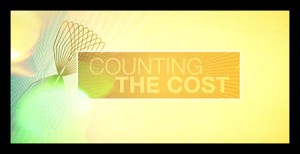 In the never-ending debate about whether international aid helps or not, Al-Jazeera’s Counting the Cost gets four experts’ insight. Will Ruddick, a young scholar at the Institute of Leadership and Sustainability who has spent time in Kenya, argues that such resource-rich countries might not need as much as 300 million dollars in food aid every year. He argues that it’s not the aid itself, it’s the Western economic model which has been proven inefficient when it comes to international aid and development.

Ruddick thinks that a new economic model is needed, one that’s similar to the Swiss model, where there are monetary innovations to reach the goals of sustainable development. He says that micro-finance lending and entrepreneurial models are causing more social stratification thereby amounting to more debt. Ruddick suggests policies that move to something that creates more networks and communities, an implementation that involves the local affected and recipient communities.

In Keyna, there is a wide dependence on anti-retroviral drugs for HIV as opposed to development. Ruddick argues that there should be more of a push from international aid organizations to help these people develop the needed drugs locally; aid and development aren’t necessarily linked. Networks must be encouraged and created to help local people help each other. According to Ruddick, Kenya is exporting 3 billion dollars worth of food to Europe, and yet every year, with the consistency of food aid to Kenya, people are still underfed and starving.

In Jerusalem, Palestine, Dr. Nora Murad argues that “aid” is subsidizing the Israeli occupation that it’s allowing the Israeli army to occupy cost-free because every time a road, a school, or a hospital is destroyed, the international community pays for it rather than have the Israeli army replace it. Thus, in places like Palestine, the international community needs to politically intervene to better implement any aid that goes to Palestine. “The Israeli occupation costs the Palestinian economy 6.8 billion dollars per year,” Dr. Murad argues. She also argues that recipients of aid, in her case she’s talking about Palestinian communities specifically, should have control over their own development resources and be able to make development decisions.

Alan Duncan, the British minister of state in the department of international development, argues that they don’t deal directly with untrusted governments, they focus on the “real economies” of “real people,” that they are the “engine of development,” and such a development is precisely what his department is pushing for. He explains that the private sector is so important and that the existent aid model isn’t flawed, and that they “underpin the basic building blocks of an agricultural economy,” to help the underdeveloped internal economy of Africa. In regards to Palestine, he says that the kind of aid that goes to Palestine is to equip the Palestinian Authority to be a future government, the development is thus working in such specific political circumstances.

The head of development finance and public services at Oxfam, Emma Seery, comments by saying that her organization is more focused on development than aid, they focus on policies in an effort to put an end to extreme inequality. So the question is this: we know that foreign aid helps, and that poor countries are appreciative of this gift but are the right policies being implemented to sustain growth and development? Is there a need for a new more efficient economic model?