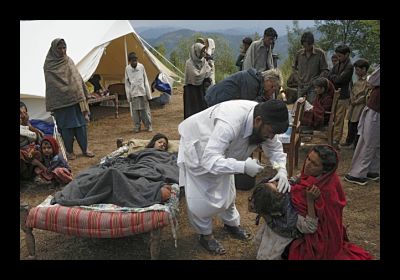 The well-known medical humanitarian group Doctors Without Borders, announced last week that it has reopened its clinics in the state of Rakhine, populated by the Rohingya minority, in Myanmar after a nine-month government ban charging the organization with bias against natural-born citizens.

Doctors Without Borders—known worldwide as Médecins Sans Frontières, or simply MSF—has worked in Rakhine since 1992, providing health assistance to one of the poorest regions in Myanmar. The charges of bias come from Buddhist officials who believe that aid groups favor the minority Muslim Rohingyas. The clinics were closed in February and reopened December 17 of last year.

The Myanmar government was criticized for the ban of MSF, which is one of the biggest providers of medical care in the country. Even though the group reopened its clinics, a spokesman said that “this is not a full resumption of activities.” After the ban on MSF, some 500,000 people in Rakhine were left without access to medical care. In the months since reopening clinics, MSF reports 3,480 consultations.

There are approximately 1.1 million Rohingya in Myanmar, 140,000 of which are displaced as a result of violence. Human Rights Watch says that these people “have effectively been denied Burmese citizenship.” There have been reported incidents of violence against Rohingya people for years.

Last year, Myanmar’s government allowed a U.N. human rights expert named Yanghee Lee to make two trips to the country to assess the citizens’ rights, including those of the minority groups in the nation. After her second trip, she reported: “Valuable gains made in the area of freedom of expression and assembly risk being lost. Indeed, there are signs that since my last visit, restrictions and harassment on civil society and the media may have worsened.”

In response to Lee’s report, an influential Buddhist monk named Ashin Wirathu referred to her in disrespectful terms, even going as far as to call the U.N. representative a “whore.” He went on to dismiss her concerns by attacking her character.

“Just because you hold a position in the United Nations doesn’t make you an honorable woman,” Wirathu said. As Doctors Without Borders reenters Myanmar, much work needs to be done to ease the tensions that remain.