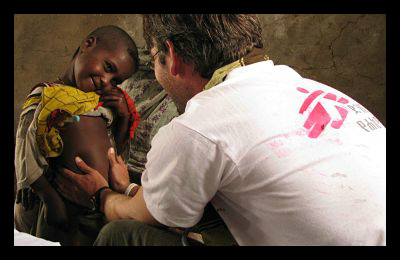 Doctors Without Borders, an international humanitarian organization that seeks to provide high-quality medical care to needy people around the world, has halted their work in Boguila, Central African Republic.

The organization–also known by its French acronym MSF–stopped offering services after 16 civilians and three MSF staff members were killed in an attack by ex-Seleka rebels on Saturday. The rebels surrounded the hospital where MSF staff were meeting with local community leaders to discuss medical access and care. They proceeded to rob the MSF office at gunpoint and opened fire on the participants of the meeting.

This incident is especially troubling provided that MSF was the only international humanitarian organization working in the area. As violence increases, thousands of people are left without access to medical attention. Not only is this a devastating blow to MSF, it also prevents further humanitarian aid to an increasingly desperate group of people.

This attack follows the continual pattern of rampant violence in the Central African Republic since March of 2013, when Seleka militants ousted President Francoise Bozize and drove the country into a spiral of escalating violence. A transitional government disbanded Seleka in September of 2013, but ex-Seleka militants continue to destabilize the country by wreaking havoc on both urban and rural areas. Sectarian violence between Christians and Muslims has further deteriorated any remaining order in the Central African Republic.

Prior to Saturday’s events, the MSF hospital in Boguila has been operational since 2006 and provided medical care to over 45,000 locals. In addition to their 115-bed hospital, MSF also supports seven health posts in the region that help treat malaria. MSF reports that “each month, between 9,000 and 13,000 general consultations are provided and between 5,000 to 10,000 people are treated for malaria.”

“This appalling incident has forced us to withdraw key staff and suspend activities in Boguila. While we remain committed to providing humanitarian assistance to the community, we also have to take into account the safety of our staff,” said Stefano Argenziano, MSF Head of Mission in the Central African Republic. “In reaction to this unconscionable act, we are also examining whether it is feasible to continue operations in other areas.”