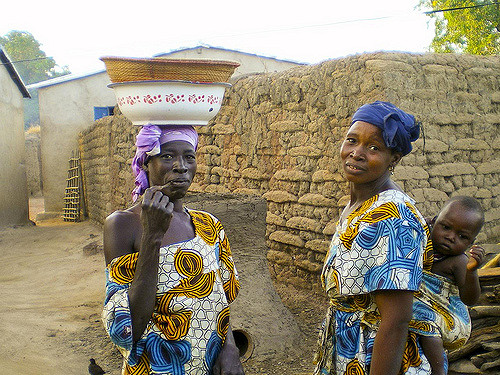 In September 2017, the United States Agency for International Development’s (USAID) High Impact Health Services Project constructed emergency transport systems in Tienfala, a small community located in Mali, which has allowed for pregnant women to be transported to health facilities in order to give birth. This project was a part of USAID’s efforts to increase health outcomes around the world and close the consistently widening disparity gaps in women’s health.

According to USAID, the completion of the emergency transport systems were in large thanks to a community effort. People from the small Tienfala community worked together in order to help increase the health outcomes of pregnant women in their community. USAID’s project in Tienfala is very promising for the promotion of women and girls in developing countries.

Many other organizations have placed a focus on increasing the health outcomes of women and girls in developing countries in order to address the widening disparity gaps in women’s health around the world. In fact, the aim of the United Nations International Children’s Emergency Fund (UNICEF), in regards to women and girls, is to “promote the equal rights of women and girls and to support their full participation in the political, social and economic development of their communities.”

Like UNICEF, USAID has placed a value on promoting women’s health in developing countries like Mali. Specifically, according to USAID, the focus of the High Impact Health Services Project is to decrease the incidence of maternal and child deaths, and the construction of the emergency transport systems in Tienfala has greatly helped reduce such mortality rates.

Kadia Coulibably, a woman from Tienfala, lacked any sort of prenatal care during her fourth pregnancy, reports USAID. However, the emergency transport systems allowed Coulibably to experience an organized, healthy childbirth. Without the valuable help of U.S. foreign aid through the governmental agency USAID, Coulibaly may have faced complications during her childbirth due to the lack of proper care.

Of course, a focus on the health of women and girls in developing countries is incredibly vital to the empowerment of women in their respective communities. When pregnant women can receive accessible, adequate health care, they can thrive happily and healthily. Thus, the construction of the emergency transport systems for pregnant women in Mali is a step in the right direction for the advancement of women’s health.