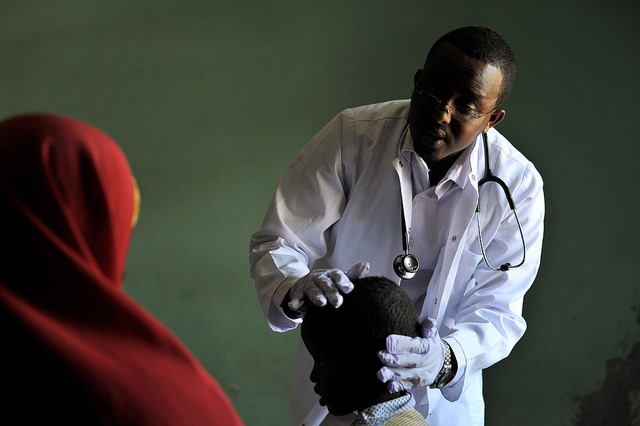 Viruses like Ebola and Zika might dominate the news, but for those living in poverty, disease prevalence of this type is anything but new.

Living in poverty is one of the key factors increasing someone’s risk of contracting an infectious disease. Though diseases like Ebola and Zika may hold prominence in the media at the moment, the prevalence of HIV/AIDS, Tuberculosis, Diarrhea, Malaria and others still remain firm in many parts of the world. HIV/AIDS alone infected 36.7 million people in 2015. In impoverished areas in Sub-Saharan Africa, almost 1 in every 25 people is HIV positive.

The areas where disease prevalence is high are also areas of extreme poverty. Communicable diseases impact a greater number of people when they are living in destitution, war zones or in other remote places without medical infrastructure. In addition, those with diseases in poor countries often face ostracization in their communities over the stigma of their illnesses.

Looking at this phenomenon in the 20th Century, the Zika Virus first emerged in Uganda and Tanzania in the 1950s. Ebola appeared in two simultaneous outbreaks in South Sudan and the Democratic Republic of Congo in 1976. It isn’t mere coincidence infectious diseases emerge in these places. Large groups of people living together in poverty provide a breeding ground for new diseases.

The reasons for this phenomenon are simple, without access to healthcare, poor people who find themselves contracting a disease are forced to suffer through the infection unaided. In turn, those who come into contact with them risk contamination and if their living conditions lack basic sanitation or host crowded conditions, a disease can spread quickly.

Developed nations in Europe are already facing this problem as refugees, eager to escape war zones in the Middle East, bring their health problems with them. In Greece for example, refugees are grouped into crowded camps without access to health infrastructure in many cases.

Rather than trying to restrict the flow of people over increasingly porous international borders, developed nations would do better to address the source of the problem. By reducing poverty and helping to improve healthcare infrastructure in poor countries, developed nations can lessen the spread of infectious diseases around the world and prevent disease prevalence.

The World Health Organization recently announced it would be “scaling up its emergency response activities” for 800,000 individuals living in refugee camps in Northeast Nigeria. Refugees have fled recent fighting between the government and Boko Haram and now live in crowded conditions without healthcare.

The WHO’s response efforts in the country will focus on providing health services to refugees, but the situation is complicated by ongoing violence and starvation. The current level of response from the international community is not adequate to prevent new outbreaks in Nigeria and other depressed regions.

Enclaves of poverty like the refugee camps in Nigeria present a viable threat to the health of the world. While the WHO’s response to the crisis is commendable, more is needed to reduce the possibility of new viruses developing before new outbreaks occur.

By simply supporting programs aimed at reducing malnutrition in poor countries, officials hope the health outcomes of those living there can be improved exponentially.