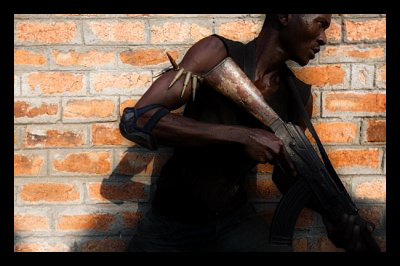 The situation in the Central African Republic (CAR) is a fraught and treacherous one indeed. There are scores of Muslims leaving the country in droves as they are being systematically attacked and sometimes killed by Christian militiamen. There are several reports that indicate that at the rate at which people are fleeing the country, there could eventually be economic collapse.

The United Nations reports that of the 4.6 million inhabitants of the CAR, 1.3 of them need food urgently.

The situation in the CAR began over a year ago, when Muslim rebels seized control of the government, but Christian militiamen fought back. Since this occurred, there have been revenge killings by Christians. There has been an armed response from Muslim groups in the north, and many U.N. officials believe if there is not more armed personnel brought in extremely soon, the situation in the CAR will spiral out of control and descend into chaos.

There is an armed presence by both U.N. and French authorities, but a former French commander in a recent interview with the Economist that thousands of more troops are needed to prevent the country from sliding into complete anarchy. The Chief Prosecutor at the International Criminal at The Hague, Fatou Bensouda, is opening a preliminary investigation into suspected war crimes that may be ongoing in the CAR, reports the Economist.

There have been reports of tortures, killings, rapes, forcible enslavement and the use and recruitment of children as soldiers in the ongoing conflict.

This situation in the CAR is a desperate one indeed. While the exodus of Muslim clearly indicates that outside help and support are needed, if given official sanctioning by the U.N. and other international regulatory bodies, it may path the way for making ethno-religious persecution acceptable in the future. The eyes of the world need to turn immediately to the situation in the CAR and give it all the attention required.