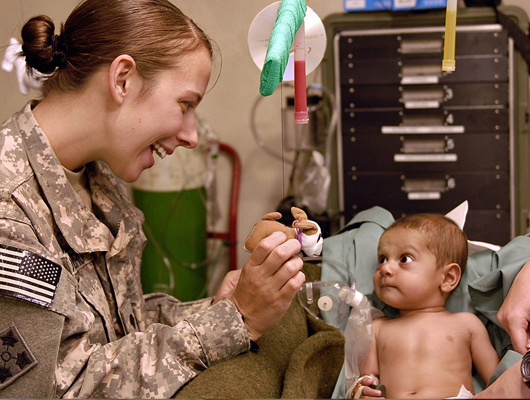 An estimated 870 million children all over the world are infected with helminths and schistosomiasis which have been transmitted through contact with soil. These two afflictions are of the most prevalent in the world in areas of poverty in developing countries.

Research has shown that performing mass deworming significantly lower the chances of getting helminths and schistosomiasis. Because worms are so widespread in high poverty, low sanitation areas, they are often not even seen as an actual medical problem.

Helminths and schistosomiasis cause symptoms such as wheezing, vomiting, fever, loss of appetite, swelling of the abdomen and abdominal pain, and in children malnutrition, anemia and impaired physical growth are common side effects.

Children who experience this disease often miss a significant amount of school, which stunts their growth mentally as well as physically.

Chronic worm infections were shown to have a negative correlation on adult wages. A 43 percent reduction in adult wages was shown in those who had had and continued to deal with chronic hookworm infection from childhood to adulthood.

Kenya, as well as many other countries facing this problem, have adopted the practice of conducting mass deworming in schools.

This is an ingenious idea as there are more schools and teachers than there are clinics and health care providers. The pill used for deworming cost less than 10 cents and is safe, with no detrimental side effects as well as being simple to administer and take.

The World Health Organization recommends that mass deworming be conducted in areas where there is a high risk for infection.

However, some people are against mass deworming, believing that treatment should be given on when there is a clear presence of infection. They argue against treating a child for worms who has no symptoms.

But there is proof that mass deworming is a safe activity that has a significant impact. The presence of the parasitic worms responsible for the infection has declined from 35 percent to 17 percent.

The prevalence of the worms has been shown to reach as low as 6 percent after a round of deworming. Deworming children in schools have also been shown to reduce school absences by 25 percent.

It was also shown that young, non-school age children with siblings who were dewormed and in school more often, also had higher cognitive development as well.

It is important not only to address the presence of worms but the lack of proper sanitation as well as clean water. Working on prevention and intervention as well as the deworming program, will give children a chance at a better, more conducive education and a better life overall as a result.