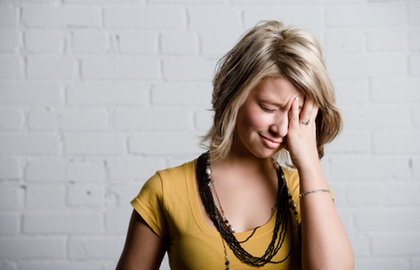 Everyone has heard the phrase “ignorance is bliss” when they were younger. And it’s not a phrase that anyone can fully understand until they are suddenly faced with the gift of knowledge, and the world seems to fall out from underneath them.

Because it really is bliss, to live blandly and emptily and unaware of the world around you.

It’s hard for anyone to force themselves to become informed because it seems that by choosing to learn more about the world, what a person is really forced to do is to learn about all of the bad in the world and to be bombarded with negative images of all the horrific things that happen on the planet we inhabit every day.

Sometimes it feels like a wonder that anyone reads the news or tries to keep up with the times — every day it’s something new and uniquely terrible.

And it doesn’t help that sometimes all of this tragedy does is reinforce the idea that an individual is like a tiny drop in a massive bucket, not capable of making much of a difference. So we don’t educate ourselves because all it will do is make us sad, and what can a single person do anyway?

As Steven Shepherd states in a scholastic article on the perpetuation of ignorance, “Maintaining unfamiliarity is an ideal way to protect the psychologically comfortable (even if inaccurate) belief that [someone else] is taking care of the problem.”

The average consumer of news underestimates how much of a difference they are able to make but not the power of other individuals to make a difference. By assuming that other people will take care of the world’s problems, they effectively admit that it is only through the power of people that change will be affected.

The fact of the matter is, in some sense, we are all individual drops in a bucket. But it is only if every drop agrees to do its part that we can and will make the world a better place. As Edward Everett Hale once said, “I am only one, but I am one. I cannot do everything, but I can do something. And I will not let what I cannot do interfere with what I can do.”

Once a person decides to make an active effort to change the world, then possibilities start to open up. “Seek and you shall find,” as the saying goes. There are causes and charities that are always accepting donations (use a website like Guidestar.com to verify the legitimacy of the organization, and check to see how much of their money goes toward the cause and how much to areas like administration).

There are rallies to attend, there is awareness to raise, there are petitions to sign, and there is understanding to spread. Because, though ignorance may be bliss, knowledge is power, and compassion is the most vital ingredient of our humanity.

The Borgen Project itself is a perfect resource for finding ways for the informed person to make a difference. Our “30 Ways to Right a Wrong” page is full of excellent ideas for anyone who wants to start making an active difference.

So yes, depressing news stories continue to flood the media waves can be depressing, however we should still pay attention: