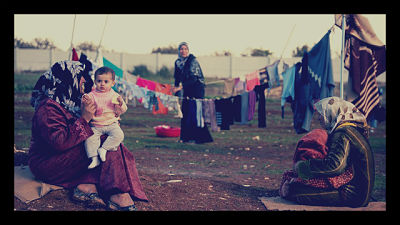 The Syrian Civil War is forcing up to 3,000 people to seek refuge from the conflict every day. The Zaatari refugee camp in Jordan has absorbed 120,000 of these refugees, providing limited resources to those at the camp. Among the many needs of the camp’s residents is adequate maternal care for pregnant refugees. According to the United Nations Population Fund (UNFPA), “there are 10 to 13 births taking place every day in the Zaatari camp alone,” and the number of births is expected to “increase as the number of refugees in the camp increases.”

Muna Idris of the UNFPA estimates that by the end of the year, “there will be 1.2 million refugees in Jordan,” with 30,000 of those expected to be pregnant women. Syrian births in refugee camps are on the rise.

Currently, medical care at the Zaatari refugee camp is provided by professionals from Jordan, France, the United Arab Emirates, and other countries throughout the world. Health care is administered in “tent hospitals,” which are reportedly “better than those in parts of Syria hit hardest by more than two years of war,” demonstrating the extent of the deteriorated conditions in war-torn Syria. In the tent hospitals, medical professionals have access to “an oxygen machine, monitors for mother and baby, the hospital bed, a drip, [and] lights and medical instruments” for delivering through Caesarean sections. The camp only has one gynecologist and anesthesiologist who perform all of the deliveries , at times working 18 hour long days delivering as many as five babies a day.

Although healthcare providers work hard to ensure that both mother and baby are healthy through pregnancy and delivery, mothers dislike being away from family and their homeland with a newborn. Many women have fled from Syria to avoid the violence of civil war while their husbands remained at home “to deal with businesses, protect homes or even fight in the rebellion.” In addition to facing the challenge of taking care of a newborn on their own, many mothers are concerned about their baby’s future. Those born in a refugee camp are “registered as a refugee” without any citizenship. The hope is that in the future both mothers and their children can return back home to a Syria that is free from conflict.