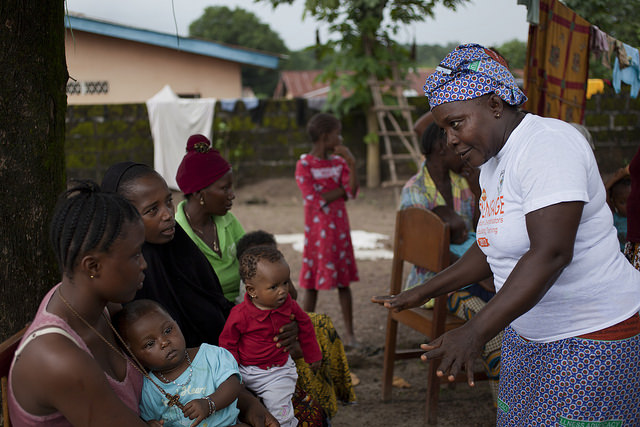 Adolescents and young mothers all around the world struggle with depression, psychosocial stress, anxiety and other mental health conditions. Approximately 15.6 percent of pregnant women who live in low to middle-income countries suffer from anxiety and depression, which increases to about 20 percent after birth.

When mothers live with these health conditions, it can also result in adverse effects for their children. Maternal depression is often linked with lower cognitive scores among children under five. In addition, maternal depression can hinder the attachment of the mother to the infant, as well as the mother’s care of her child. The mother may also fail to adequately eat, bathe and care for herself. Suicide is a prominent cause of death for mothers who suffer from depression.

Efforts are currently being made in decreasing maternal morbidity. Grand Challenges Canada’s Saving Brains, Global Mental Health and Stars in Global Health have invested $86 million for 215 innovations in protecting and nurturing early childhood brain development along with improving mental health treatments and services in low to middle-income countries. The Saving Brains program has had a lot of requests for a stronger focus on adolescent and young mothers, given the high rates of mental disorders that can begin during adolescence.

The Bill and Melinda Gates Foundation has partnered with Grand Challenges Canada for the purpose of decreasing maternal morbidity by meeting the mental health needs of the most vulnerable adolescent and young mothers. The partnership between the two organizations is currently considering project proposals that consider how the needs of adolescent and young mothers may differ from other populations, use innovative approaches to deploy the necessary resources in a timely manner and find creative methods of using outlets for information that are trusted by mothers and youth.

“It’s critically important but also insufficient for children to survive pregnancy and birth. They also need to thrive,” said Peter Singer, MD, chief executive officer of Grand Challenges Canada in an interview with Scope, which is published by Stanford Medicine. “One of three children, or 200 million worldwide, fail to reach their full potential because their brain development is not well supported, particularly in early childhood.”

Thriving and not just surviving may be the key to decreasing maternal morbidity worldwide. With organizations like Grand Challenges Canada and the Bill and Melinda Gates Foundation continuously making efforts to tackle this issue, there may be a steady decrease in the number of adolescent and young mothers who struggle with mental health conditions along with a decrease in the number of children negatively impacted by their mothers who suffer from these circumstances.