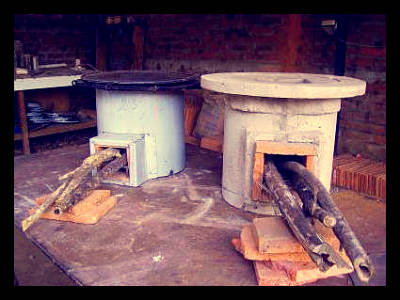 Though increasing access to food may be the key to saving lives in the developing world, the act of cooking kills many.

The World Health Organization (WHO) reports that the dangerous pollutants in this smoke severely damage the womens’ lungs as well as the lungs of the children that are strapped to their chest or back during the day. Inhaling this polluted air and smoke has been linked to pneumonia, heart disease, lung cancer, low birth weight, and other maladies.

In response to the problem, 70-year-old grandmother and Oregon native Nancy Hughes created StoveTeam International. Hughes teamed up with engineers to create the Ecocina, a stove that burns cleaner to make it safer for people who use it and better for the environment.

Hughes was motivated to create StoveTeam after working with a medical team in Guatemala in the 1990s and discovering the sad irony that the act of cooking meant to nourish families was, in fact, slowly killing them.

StoveTeam’s goal is to reduce the reported four million people who die each year from cookstove smoke exposure by reducing their stoves’ carbon emissions and particulate matter by up to 70 percent. The Ecocina also helps the environment by requiring 50 percent less wood than a traditional open fire.

What’s more, the Ecocina is inexpensive, portable, and requires no installation or external chimney, thus making it widely accessible to the communities in the developing world that need them the most. The Ecocina stoves are produced by local laborers using local materials, and thus serve as a way to boost communities’ economies while improving health and environmental standards as well.

StoveTeam International has already helped start factories in five countries throughout Latin America and plans to expand to two more within the next year. Through the innovation and efforts of Hughes and her devoted team, the world can rest assured that cooking will again become a healthy, social, and cultural experience for all, rather than a fatal one.