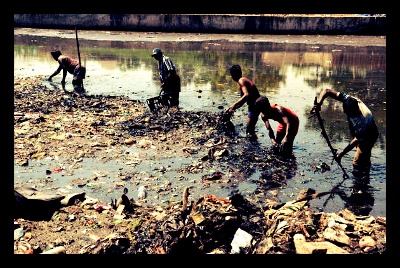 On January 31, the March for the Eradication of Manual Scavenging ended in New Delhi. Starting in November, approximately 1,000 Dalit women began marching as a form of a peaceful protest against manual scavenging.

Manual scavenging refers to the process of physically removing human excrement from the dry latrines and sewers. Dalit women have traditionally been manual scavengers as it is understood to align with their lower status as members of the Dalit caste, also known as ‘untouchables,’ and as women.

The march began in Bhopal, Madhya Pradesh, on November 30 and continued for 63 days, crossing 200 districts and 18 states. The marchers spoke to manual scavengers in the areas they passed through and liberated around 3,000 people.

Kala bai Lavre, a Sajapur resident who had participated in the Malia Mukti Yatra of 2009, fully supported the start of the march in November 2012. The Malia Mukti Yatra in 2009 similarly fought for the freedom of Dalit women from manual scavenging and freed more than 500 women in 34 districts.

Lavre said, “Post marriage when my family told me I had to do this job, I used to cry for days and fell ill several times. But then I reconciled to the situation and did this work for 20 years. Only when my children started to go to school and other children discriminated against them, did I realize that we had to stop doing this work for the sake of our dignity.”

Several legislations in the Constitution have outlawed manual scavenging, but the practice has continued to exist throughout India. The 1993 Employment of Manual Scavengers and Construction of Dry Latrine Act has been re-written various times. Yet, it has never been effectively implemented and the middle class or lawmakers have remained unaffected.

A new bill called The Prohibition of Employment as Manual Scavengers and Their Rehabilitation Bill was submitted to the Indian Parliament by the Minister of Social Justice and Empowerment. This currently pending bill may finally eradicate manual scavenging.

The bill requires the district magistrate to survey his jurisdiction and guarantee that no person is working as a manual scavenger and that former manual scavengers have been rehabilitated, or are in the process of being rehabilitated. Municipalities, cantonment boards and railway authorities are also obligated to build the appropriate number of sanitary public latrines within three years of the bill being passed and enacted. Finally, anyone who employs a manual scavenger or who builds an insanitary latrine will be imprisoned for up to a year and/or fined up to Rs 50,000 ($937.74).

High Commissioner for Human Rights, Navi Pillay agrees that manual scavenging should be banned. “This is the only way these grossly exploited people will be able to successfully reintegrate into a healthier and much more dignified work environment, and finally have a real opportunity to improve the quality of their own lives and those of their children and subsequent generations,” said Ms. Pillay.