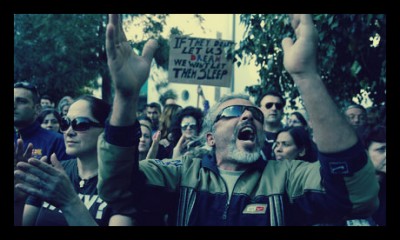 After scrapping a potential bailout deal which would have seen money taken directly from citizens’ deposit accounts, Cyprus is struggling to reach a new agreement that can set it on a path to economic prosperity. The European Central Bank (ECB) set Monday as the deadline for Cypriot action if the government wants to receive the proposed €10 billion ($13 million) in funds to keep banks afloat.

If a deal cannot be reached, there is a large danger of a bank run in Cyprus, a phenomenon which occurs when too many depositors try to withdraw their funds from a bank at one time. With fractional-reserve banking, a financial institution does not actually keep everyone’s money, using some of it to lend to customers seeking a loan. In return, depositors are paid interest on the sums in their accounts. When banks are known to be on the verge of collapse, fearful depositors will naturally want to take all their money out to put it somewhere safer. If everyone does this at once, the banks will not have enough money to fulfill all the demand for cash, creating even further complications for their finances. A bank run would devastate the entire Cypriot economy, ruin the confidence of international credit markets, and potentially set the stage for Cyprus to leave the Eurozone.

The group of lenders known as the “troika,” comprised of the European Commission, the International Monetary Fund (IMF), and the ECB, is demanding that €5.8 billion for the Cyprus bailout be funded by the country’s government. The proposed deposit tax that was scrapped is expected by some to return in the final version of the deal, because the alternative would be to dip into pension funds, a much more controversial tactic. Cyprus is allegedly considering implementing capital controls in order to prevent too much money from leaving the country when banks reopen on Tuesday.