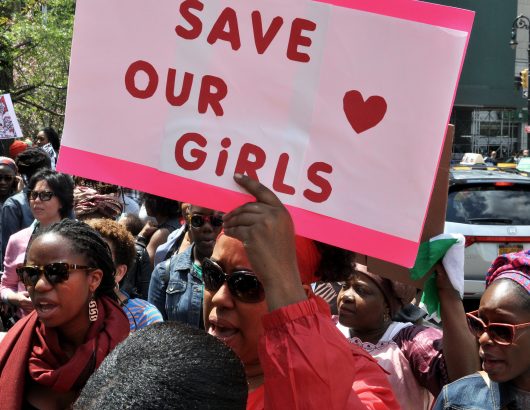 In August 2016, Secretary of State John Kerry wrote a chilling letter where he outlined the roots of violent extremism — “Far too many who join the ranks of violent extremist organizations do so because they have trouble finding meaning or opportunity in their daily lives, because they are deeply frustrated and alienated — and because they hope groups, like Boko Haram, will somehow give them a sense of identity, or purpose, or power.”

Extremist groups, however, exist beyond the continent of Africa; it is a problem that concerns the international community as a whole.

The Department of State created the Foreign Terrorist Organization list, which classifies extremist groups in accordance with section 219 of the Immigration and Nationality Act. The FTO serves as the beginning U.S. effort to counter violent extremism.

Traditional measures to prevent the spread of violent extremism include the use of American, regional and global military force. Past strategies, however, do not address the systemic causes of extremism — poverty-stricken communities cannot provide basic necessities for its citizens.

Recently, the U.S. recognized the limitations of a force-only approach. Consequently, The White House hosted a summit on countering violent extremists, which collaborated with international organizations and civil society across the world to cultivate a new strategy.

In late May, the Department of State and the United States Agency for Development unveiled the first ever joint strategy to counter violent extremism.

Furthermore, Secretary Kerry expanded on the joint strategy in his article addressing the importance of community-building and countering violent extremism.

The August 2016 article notes the consequences of corruptions, as a primary contributor to violent extremism. Secretary Kerry made an impassioned plea for global leaders to use the 2 million dollars of annual money lost to corruption towards addressing basic human needs.

Providing a compelling alternative to curbing violent extremism and increasing the quality of life in vulnerable communities requires serious dedication among the international community. Americans can no longer consider the humanitarian travesty of the developing world as a far-way problem that does not concern them, because as recent events have demonstrated, failing to counter violent extremism has reached American shores.