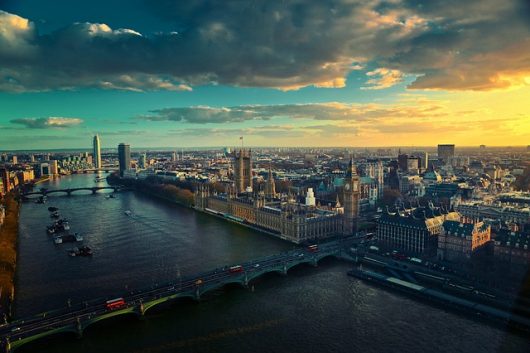 The cost of living in the United Kingdom tends to vary depending on the location, but can be affordable. In the U.K., a large amount of an individual’s salary will be spent on rent. On average, renting a furnished, two-bedroom apartment will cost about £1,900 per month ($2,607) in an expensive location such as London.

When it comes to the cost of transportation, if one wanted to purchase a Volkswagen Golf (or equivalent) off-the-lot and brand new with no extras, it would be £18,364 ($24,317). However, if an individual prefers the more economical option of public transportation, the United Kingdom is served by a nationwide network of trains as well as long-distance buses. With the growth of airlines becoming more and more relatively low-cost in Europe, it is also possible to fly to various cities in Europe at a reasonable cost.

The cost of living in the United Kingdom is less burdened by one of Britain’s greatest assets: the National Health Service (NHS). As of now, healthcare in the U.K. is free to all British citizens, as well as expats from countries such as Australia, New Zealand and EU member states.

Unfortunately, according to Business Insider, the cost of living in the United Kingdom, after Brexit, is finally causing regular Brits to feel the pinch of the slowdown of Britain’s economy, which grew by just 0.3% in the second quarter. This is causing individuals to spend less, slowing the consumer boom that had propelled the nation’s economy for the past few years.

In particular, Wales is now facing the cost of living “squeeze.” According to BBC, Andy Haldane, who sits on the Bank of England’s Monetary Policy Committee, said that certain issues like economic inactivity need to be tackled in Wales; “the pay is flat but the price of goods has gone up… and issues there have included affordable housing, the living wages, mortgages, poverty and transport.”