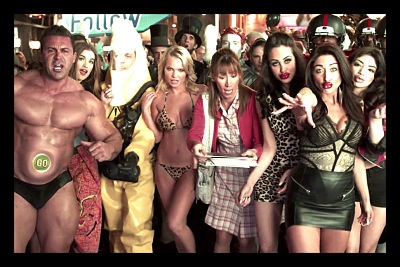 The amount spent on Super Bowl Ads is enough to give 10.5 million people access to clean water.

Some people only watch the Super Bowl for the commercials, making a point to vote for the funniest, most compelling and most risqué. A 30 second spot during the prime-time event cost $4 million. Last year, companies shelled out over $220 million to advertise everything from chips to domain name services. Though Super Bowl commercials only last 30 seconds, the impact this money could have on an impoverished community is considerable.

It costs $125,000 to construct a deep bore hole well with a submersible electric pump and diesel-powered generator. This sort of well could serve 6,000 people. With $220 million, NGOs could build 1,760 of these wells. These wells would provide clean drinking water and improve sanitation for over 10.5 million people.

This money could also go towards ending world hunger. In many impoverished areas, about $50 will pay for food for a child for a year. With $220 million, 4.4 million children could be fed for a year.

At $100 per month per child, $220 million could provide a year’s worth of orphanage care for over 183,000 children. This includes education, food, housing, and other services.

A year’s worth of primary school tuition is about $40 to $50 in most impoverished rural areas. The $220 million spent on Super Bowl commercials could send around 4.4 million children to school. The money could also fund the operating costs of 275,000 local schools for a year.

It is time for the country to rethink its priorities.  It becomes difficult to justify spending $220 million on a short blip of an advertisement when the same amount of money could pull an entire community out of poverty.

Top 5 Influential and Admirable HumanitariansForeign Aid: How It Works
Scroll to top