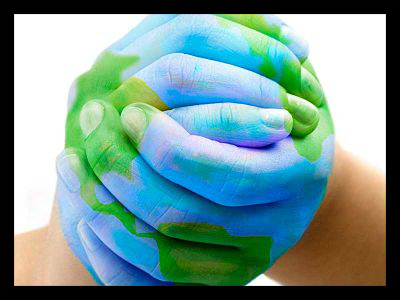 As public sentiments focus more on the greater good, pressure on corporations to be responsible and giving citizens is increasing. Now, corporations practically need good corporate social responsibility (CSR) to generate positive press. More and more, companies are trying to integrate social or environmental concerns into their business plan. So far, companies while encouraged and pressured into investing in CSR, have not been forced to do so. India has recently become the first country to pass a law mandating companies to spend a prescribed amount on CSR.

One might think that this would be unequivocally a good thing, however it is highly controversial. This is partly due to the fact that the law also prescribes what activities count as CSR. This covers several public goals including eradicating extreme hunger and poverty, promoting education and gender equality, combating diseases or contributing to government programs. The ideology behind this could be positive in a number of ways. After all, the situation where companies spend on not clearly beneficial investments is undesirable. Furthermore, directing spending into concrete development goals will be more effective than diffuse investments.

However, some parties believe that this stipulation stifles social innovation and could lead to token philanthropy or corruption. Professor Aneel Karnani, of University of Michigan’s Ross School of Business, writing for the Stanford Social Innovation Review, roundly criticizes the law. He writes that the law goes against the voluntary nature of CSR, that mandatory CSR is basically an additional tax discouraging foreign investment, and that the stipulations and penalties for non-compliance are too vague.

As with any law, there will be loopholes for companies to slip through and opportunities for corruption. This does not mean it cannot have some impact. The CSR activities of major Indian companies are unique and broad, and with the new law more companies might be encouraged to join them. Tata Group, one of India’s largest conglomerates, spent more than Rs 660 crore (more than 100 million dollars) on CSR in 2014. India Times reports that in their view, meeting the two percent mandate will not be a problem.

ITC, another conglomerate, has received numerous accolades for their sustainability projects. The Nielson Corporate Image Monitor has marked ITC as the “Company most active in CSR” for three years in a row. ITC Hotels have been recognized as top in the world for sustainability at the Global Vision Awards by Travel and Leisure Magazine, U.S. The list of awards continues.

Using advertising for social reform is a new direction for CSR to evolve in. Tanishq Jewllers’ new advertisement incorporating the delicate social issue of re-marriage has gone viral. Havells, an electrical goods company, uses their advertising to teach respect for women. Employee Social Options, a program initiated by the Mahindra Group, has allowed for the donation of thousands of hours of collective employee time to projects related to education, health and environment. They also offer scholarships to the disadvantage and have set up five schools for vocational training. So far over 9,300 students have gained employable skills and all of them have been employed.

A lot has been achieved by CSR in India, yet the new law comes at a time when India is still grappling with several social and developmental issues. There are several opportunities to contribute and create. Now CSR is more than just philanthropy. The law might need to close some loopholes but this could be just what companies need to join the CSR movement.

U.N. to “Step it Up” for Global Gender EqualityAmericas Relief Team
Scroll to top