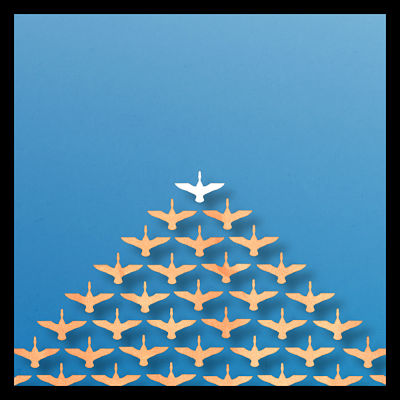 Some big-name companies and corporations gave large donations last year to assist in the fight against poverty. According to a U.S. study in The Chronicle of Philanthropy, corporate philanthropy actually increased by 2.7 percent in 2012, contributing significantly to poverty reduction initiatives worldwide. Big businesses decided to give and, most importantly, give more. Of the businesses that made up the majority, the most influential of those in terms of global poverty were Walmart, Chevron Corporation, Goldman Sachs, Exxon Mobil, and JPMorgan Chase & Company.

Walmart is one of the top ten companies that give the most charitable donations. Walmart donated $311,607,280 in cash and $755,868,381 in products to 50,000 different charities in 2012. Since the creation of their “Fighting Hunger Together” campaign in 2010, the company has given away over 1 billion pounds of food to people in need. They have partnered with Feeding America, ConAgra Foods, General Mills, Kellogg Company, Kraft Foods, and Unilever to provide meals to these people. Their Golden Spark campaign also assisted in this effort. Through October 14, 2012, Walmart randomly awarded 40 “Golden Sparks” valued at $50,000 each to consumers who participated in the Fighting Hunger Together Golden Spark promotion. The winners chose a community to receive the funding to start or expand a backpack program that provides vital meals to food-insecure children during weekends when they do not have access to free and reduced-price school meals.

Goldman Sachs gave $241,278,912 overall last year. Its biggest contribution to the fight against global poverty has been its creation of the 10,000 Women project. This project provides women around the world with educational opportunities in areas such as business and management in order to attain independence. It also offers them access to positive mentors. Overall, the project focuses on empowering women to obtain networking and career opportunities. Women such as Linlin, who is now involved in early childhood education in Beijing, China, attest to the project’s helpfulness. “10,000 Women taught me the fundamentals of business management,” Linlin said. “It also helped me become braver and more confident.”

Exxon Mobil gave $213,374,183 in cash and $2,433,200 in products. Its grants mostly contributed to science and math education as well as career opportunities for women. It donated almost $3 million to Vital Voices Global Partnership, which supports the Business Women’s Network efforts in Africa, Latin America, and the Middle East. Malaria No More received $1.8 million. This corporate giving was used to expand the organization’s NightWatch program, a malaria communications platform that uses celebrity voices to reach vulnerable populations through text messaging, television, radio, and music, reminding them to put up mosquito nets. The program has gained support from celebrities, leaders, businesses, and even endorsement from the Ministry of Health. It has empowered families to keep themselves safe from the threat of malaria by ensuring education is present in places such as Tanzania and Cameroon.

JP Morgan Chase & Company gave $183,471,434 overall last year. Specifically, it donated $2,180,000 to GAVI Alliance to improve global access to immunizations. A triumphant success story regarding the foundation’s donation can be viewed here: Donation Supports Roll Out of Two Vaccines in Ghana. These pneumococcal and rotavirus vaccines are meant to combat pneumonia and diarrhea – illnesses that account for 20% of Ghana’s child mortality rate.