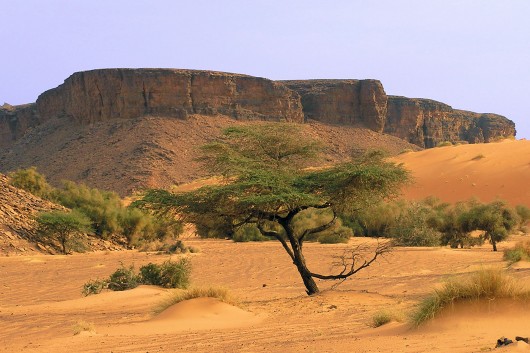 Many developing countries struggle to catalyze their economies because they are isolated and their governments are ineffective. When corruption is rampant, it is difficult for meaningful change to happen. And when countries are unable to collaborate with their neighbors, they usually stagnate. These kinds of issues, however, are being addressed by the Millennium Challenge Corporation (MCC), an American agency that draws up regional compacts to promote prosperity in developing countries.

The compacts serve several purposes. Firstly, they encourage partner countries to achieve and maintain good governance. When governments are reformed along the lines set down by the MCC, it is easier for adequate economic changes to be properly implemented.

The economic changes consist of promoting sound investment and securing economic freedom. The MCC invests about $1 billion in grants per year in its partner countries. Most of this money is used to improve road and energy infrastructure, facilitate access to clean water and increase people’s educational and financial opportunities.

What makes the compacts successful is that they encourage countries to collaborate in achieving these goals. Improving infrastructure across national boundaries facilitates trade and migration, thereby increasing opportunities for growth and exchange. Measures to preserve the health of workers and consumers, in addition, keep economies going once they start to expand.

Because of the MCC, private investment has soared in Benin, Ghana and Jordan. Governments of Honduras, Cabo Verde and Senegal have achieved greater transparency and accountability because they follow MCC guidelines. The guidelines also encourage the empowerment of women. In Burkina Faso, for instance, thanks to regional compacts, improved test scores have expanded girls’ opportunities in the job market.

The World Bank estimates that the regional integration of Sub-Saharan African countries could double that region’s share of global trade, which is beneficial to both the MCC and the U.S. Since its inception in 2004, the MCC has enjoyed an average economic rate of return of over 16 percent. By helping other countries become more self-sufficient, it has generated many new opportunities for American businesses.

At the moment because of congressional restrictions, the MCC’s ability to use regional compacts to promote prosperity is significantly limited. But a bipartisan group of politicians in Washington are looking to change that. The House Foreign Affairs Committee has already passed legislation to strengthen the MCC — and an effort to do the same in the Senate, the M-CORE Act, is currently being considered.

Testifying before the Senate Foreign Relations Committee in December 2015, Chief Executive Officer Dana J. Hyde stated that the MCC “helps drive U.S. efforts to promote American values and the market democracy model” and is “creating new opportunities for the private sector, including U.S. businesses, to invest and grow.”