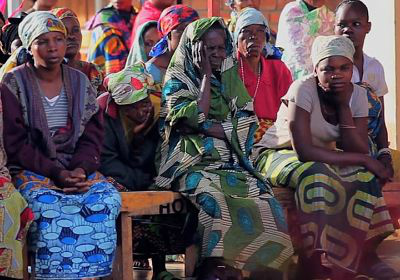 The Democratic Republic of the Congo (DRC) is abundant in gold, copper and zinc. The natural resources the Congo offers has encouraged competing ethnic groups to become violent. In contrast to this abundance, the DRC is the rape capital of the world. Its prominent sexual violence is charged by war.

The second Congo war ended in 2003 after five years, but sexual assault remains commonplace. The likelihood of rape for Congolese women is much higher during a military climate. Amongst other tactics it is used to humiliate, terminate pregnancies, increase food security and create control – ultimately instilling fear. A 2007 study found that four Congolese women are raped every five minutes, and out of the population of 70 million people, 1.8 million women have been raped. It is also not rare for women to be held captive as sex slaves.

Local Congolese men and women have created rights campaign groups to take the rampant matter into their own hands. Men started masculinity groups with a simple foundation of redefining masculinity. The service is geared towards protecting women and children, teaching men that women are not inferior and educating men that rape is unacceptable and punishable by law.

In addition to the rights campaign groups, Congolese women have established camps for rape victims. At camp, women are provided with legal assistance to maneuver court cases, small jobs for the victims and medical services if needed – some women give birth at camp or need counseling and group therapy.

On the public front is Panzi Hospital, located in eastern DRC. It is dedicated to providing rape victims with psychological assistance, treating gynecological injuries and reintegrating girls and women into society after their stay at the hospital. Panzi has been helping rape victims since 1999 and sees between 1,300 to 1,900 patients a year.