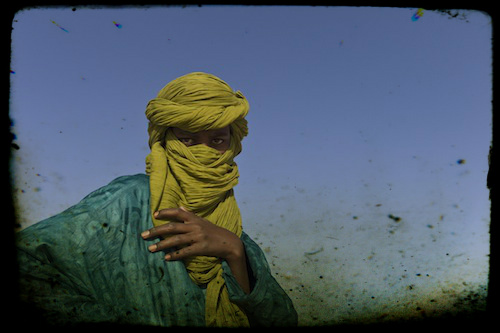 The conflict in Mali is not about terrorism; it is about poverty. Media outlets like to try and make subjects flashy and provocative, so labeling the conflict in Mali solely as a fight with Islamic terrorists makes for better news headlines. The rebellion is bigger than this, and focusing just on these radical Islamists does a disservice to the people of Mali and helps to perpetuate the problem.

The crisis in Mali is rooted in the tensions between a secular movement of ethnic Tuareg people and the central government in Bamako. This particular group of Malian Tuaregs has fought with Bamako for decades, even attempting to establish their own independent state (called “Azawad”). The chief source of the Tuareg animosity toward the government is about a lack of economic opportunity, and lack of assistance from the government for their hardships due to drought and famine. The Tuareg have been marginalized and neglected, so their frustrations have turned more violent.

Tuareg groups have banded together into separatist groups, mainly the National Movement for the Liberation of Azawad (MNLA). After the MNLA launched attacks to drive out the Malian army from the northern regions in early 2012, Malian armed forces then overthrew the central government in a coup, angered by Bamako’s failure to suppress the Tuareg rebellion. It was only AFTER this point that radical Islamists were able to co-opt the secular Tuareg rebellion, now turning Mali into a new stage for the “war on terror.” The international impact is the deployment of French and African soldiers into Mali, and their solicitation of added support of American, Canadian and European intelligence, weapons and financing.

“At its core, the current upheaval in Mali—a country that was until very recently one of the most stable African democracies—is not about religious extremism or global terrorism. It is about extreme poverty and an absence of any means to rise above it. Indeed, this could be said about any number of countries that have had vast swaths of territory usurped by militant groups, Islamist or otherwise. We have seen all over the world in recent years that extremism is thriving because large populations of uneducated, poor, frustrated and powerless young men all of a sudden find themselves very powerful once given weapons and a target upon which they can unleash their frustrations,” says journalist Daniel Skallman. He also warns, “If the military forces leading the charge don’t go beyond bombing campaigns and ground assaults—that is, if they don’t stay for the long and arduous haul of helping to rebuild livelihoods after the dust settles—then Mali could very well become Afghanistan 2.0.”