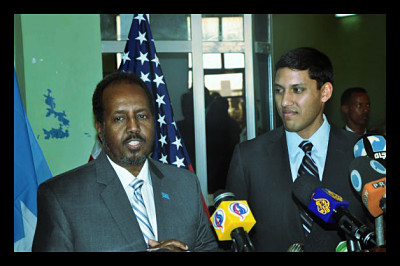 U.S. Agency for International Development (USAID) administrator Rajiv Shah claims that he is confident in the future progress of Somalia after a recent visit.

Shah visited Somalia late last month to meet with Somali President Hassan Sheikh Mohamud. USAID plans to allocate an additional $20 million in development aid to Somalia soon and has already been investing in the country. USAID has been working to provide solar-powered lights to the capital city of Mogadishu, build and staff schools, support a more local coastal fishing economy, and develop a larger agricultural presence and work on development projects in about 400 communities across the country.

Somalia has been a region of instability since 1991 and more recently in 2008 Somalia was said to be the most unstable nation on Earth in the Failed States Index. Constant progress is being made though, with funds coming from USAID, the UN, and other countries, all of whom are interested in seeing Somalia succeed. Somalia represents challenge to many countries in the world because of its instability and the terrorist groups and militias that have been known to seek refuge there so many countries give their aid with goals to defeat terrorism by providing foreign aid. The confidence in Somalia’s future progress is building and that confidence may result in increased investment and, finally, self-sustained growth.