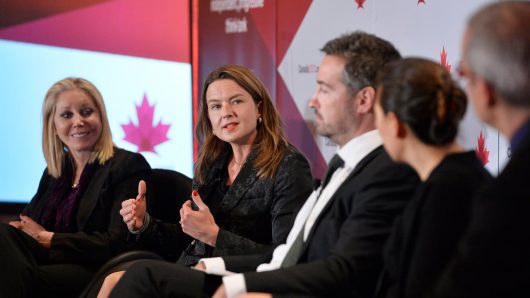 Although Canada is a country known to have affordable healthcare, it is still prone to its list of common diseases and healthcare problems. In a study run in 2014, the life expectancy at birth was about 81.67 years.  This life expectancy is much higher when compared to the United States rate of about 79.56 years.

This difference gets influenced by the fact that Canada spends about $6,299 per person on healthcare compared to the U.S., where each individual spends a different amount of money on health care. There are projections that Canada would spend about $228.1 billion in total for 2016, which is a 2.7% increase from 2015.

According to the world atlas in March 2017, these common diseases in Canada were some of the nation’s leading causes of death in 2012:

With cancer as the number one cause of death, heart disease is the second most common leading cause of death in Canada. Heart diseases claimed more than 48,000 lives in 2012. On top of this, an estimated 2.4 million Canadians (over the age of 20) live with heart disease.

In the 2008-2009 fiscal year, one in ten deaths were attributed to Diabetes, another of the more common diseases in Canada. In addition, people living with diabetes are more likely to be hospitalized with other health problems, such as cardiovascular disease.

While there is a focus on the leading causes of death in Canada, other common diseases and disorders have seen a rise in Canada as well. Some examples include Autism Spectrum Disorder (ASD), Alzheimer’s disease, HIV & AIDS and mental illnesses such as depression.

Autism is now the fastest-growing and most commonly diagnosed neurological disorder in Canada. The prevalence of ASD has increased over 100% in the last ten years, according to Autism Speaks, an autism advocacy organization.

In regards to the healthcare system, however, there are varying opinions. While some feel that Canada has the best healthcare system as far as affordable care goes, others feel as though the system is an unmitigated disaster, with people waiting to die due to the time that it may take to receive the care necessary to deal with their illnesses.

The Canadian healthcare system is complex, and as more expenditures result in better health outcomes, it is clear that there is still much to do in order to further reduce the presence of these common diseases in Canada.