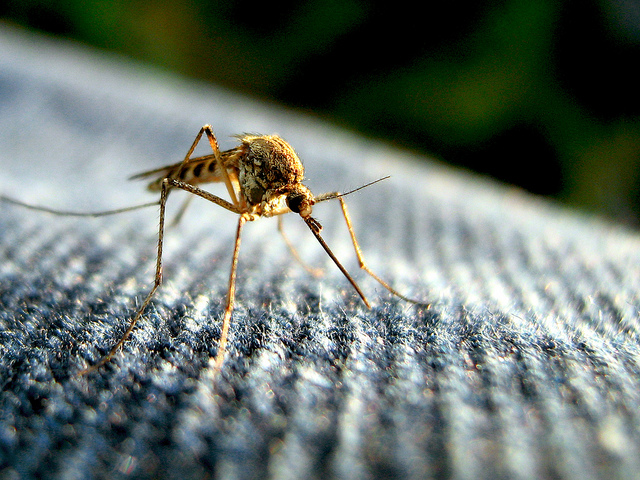 The Zika virus is a widespread virus that had previously affected parts of Africa and Southeast Asia but is now impacting parts of South America, Central America and Mexico. The World Health Organization (WHO) officially declared the Zika virus an international health emergency on Feb. 1, 2016.

Another method that Brazil is using to combat the Zika virus involves radiation. The Fiocruz biomedical research institute has released 30,000 sterile mosquitoes on Fernando de Noronha, an island 217 miles off the coast of north-east Brazil. Fiocruz researcher Alice Varjal said, “The pilot project seeks to replicate lab results in which 70 percent of the eggs laid by the females were sterile.”

An additional method that is being used in Brazil involves mosquitoes being genetically modified so their offspring will die before reaching adulthood, which reduces the chances of mosquitoes being able to reproduce. The biotechnology company Oxitec developed this technique.

So far in the U.S., approximately 50 cases of the Zika virus have been reported. President Barack Obama sent a request to Congress for close to $2 billion to contribute to combatting the continuous spread of the Zika virus.

In an interview done by CBS News, President Obama said, “The good news is, this is not like Ebola. People don’t die of Zika, a lot of people get it and don’t even know that they have it.” President Obama continued to discuss plans for the Zika virus, stating: “We’re going to be putting up a legislative proposal to Congress to resource both the research on vaccines and diagnostics, but also helping in terms of public health systems.”

Senate Democratic leader Harry Reid of Nevada said, “It is critical that we approve the funds immediately and give our government the resources it needs to fight the virus.” He continued to say, “We also need to make sure that our nation’s response to the virus includes increasing access to contraceptives for women in Zika-affected regions who choose to use them.”

Once the funding is approved by Congress, it is estimated that $200 million would go toward vaccine development, $335 million toward foreign aid and $250 million would be distributed to Puerto Rico.

WHO has asked for $25 million, which would be contributed toward fast-tracking vaccines and virus control. Right now, there is no cure for the Zika virus but there are several plans underway to help slow down or stop the spread of the virus.