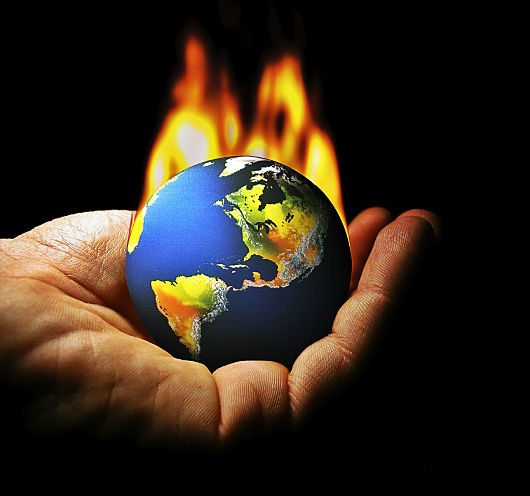 Climate Change is often discussed in relation to protecting the planet and the species, not necessarily that it is a growing non-traditional security threat. The discussions are moving in this direction though. Unfortunately, those who are most affected by the changes in the climate are the poor.

Many of the areas that see the most drastic responses to climate change are the developing nations, where the largest percentage of the world’s poor live. Increase in the violence of storms, flooding and droughts all destroy the lives of those working to survive.

Flooding of coastal areas due to climate change often causes some of the worst damage. In Ghana, sea levels are expected to flood 2/3 of the coastal lands. That leaves 25 percent of the population having to migrate in land or to other countries. Africa is not alone in this issue. Islands in the South Pacific and the coasts in Southeast Asia are being wiped out. Kiribati, a chain of 30-something islands, is at risk of being completely inundated by the Pacific by the end of the century.

These people who migrate become refugees of climate change. They go through the same issues as refugees of war. They live in squalor conditions, they have limited access to health care, they cannot find work, and they do not have adequate food and clean water.

Crop destruction occurs when the lands flood. In Asia, flooding damages 20 million hectares of rice every year. In an area that already has high malnutrition rates, this destruction contributes heavily to food insecurity. In Kiribati the flooding causes another issue: salinization of the fresh water sources. The island nation already has limited fresh water supplies. This problem alone could drive the inhabitants to migrate elsewhere.

Wealthy people in these threatened areas can move away from the afflicted areas, or afford to buy food and clean water, but those who are not, are stuck dealing with the side effects of climate change. When the wealthy people leave, there is less local money to use to fix solutions, and the remaining people must rely on governmental or international aid. This creates a large divide between the rich and poor within countries, as well as a divide between rich and poor countries, as the wealthy have access to water, food, and resources and the poor do not.

The United Nations Development Programme and the Global Environmental Facility have teamed together to begin to address the issue of climate change and health problems. They have invested 1.9 million dollars into Ghana alone to help reduce poverty caused by climate affects. In addition, they are working with 18 developing island nations. The projects they support are to help build climate sustainable infrastructure, to create green methods of production and agriculture, to introduce crops tolerant to floods and droughts, and to teach about water conservation among other steps. The UNDP has helped over 2 million people adapt to climate change, with the hopes that these people can continue to move forward out of poverty despite the climate change threat.

World Hunger Down, but Problems Persist in India and AfricaThe End of Hunger in Belo Horizonte, Brazil
Scroll to top