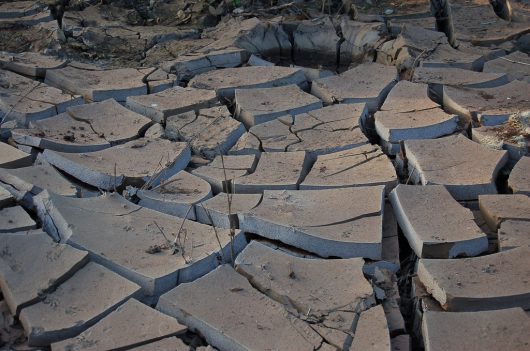 Africa, the most underdeveloped continent, has the most to lose from the effects of climate change. Africa is susceptible to dramatic environmental consequences if the current rise of temperatures continues to increase. For instance, a two-degree Celsius rise in average temperatures has the projected effect of creating an additional 110 million undernourished Africans.

African immigration is an additional future consequence. Currently, Africa houses more than 26 percent of the world’s refugees. This number is likely to increase if the projected food insecurity crisis ensues. As current shelter plans have proved insufficient, it is likely that additional refugees cannot be accommodated.

By 2050, population growth forecasts predict that Africans will have doubled to 2.4 billion, or 3.5 million more people per month, or 80 per minute. Additionally, food production in sub-Saharan Africa alone will have to increase by 60 percent to accommodate the needs of the population surge.

The effects of climate change are already evident. A World Bank senior blogger claims — “I already see evidence of this during my travels across Sub-Saharan Africa, where high levels of poverty, highly variable and unpredictable weather, limited livelihood options, weak infrastructure, insufficient access to productive resources, and scare safety nets all combine to make Africa even more vulnerable to climate risks.”

Fortunately, Africa demonstrates the potential to adapt to smart agriculture policies. Over 200 million hectares of uncultivated land are available for purchase. Additionally, agriculture in Africa has been reinvigorated by a wave of young Africans seeking economic prosperity.

Moreover, African governments are heeding the call to increase climate-smart agriculture infrastructure. International partners are also contributing to the climate-smart agriculture movement. For instance, the World Bank developed the Africa Climate Business Plan, which calls for “$16 billion in funding to help African people and countries adapt to climate change and build up the continent’s resilience to climate shocks.”

The international community has demonstrated its concern with the ramifications of an average temperature increase. In December 2015, 197 nations met in Paris, to sign the Paris Agreement, which aims to prevent the rise of the average temperature to 2 degrees Celsius.

Informing the world of climate-smart agriculture in Africa is key to secure the generations of humanitarian progress made, but also prevent a cataclysmic relapse. The World Bank, U.N. and the African Union have made monumental first steps, but individuals of the world must prioritize this concept if meaningful change is going to happen.