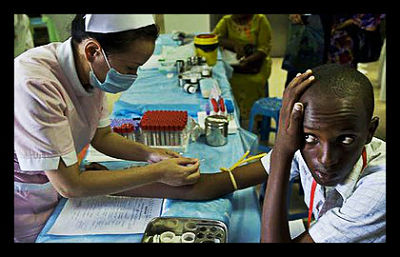 China has been a part of health aid to Africa since 1941 and has since then developed their intervention in Africa to be distinctly different from that of Western aid. Their emphasis has been on horizontal interventions to further develop health care infrastructure in a clearly anti-imperialist manner. Health diplomacy for China specifically targets under-served rural communities, with more than 15,000 medical personnel serving in Africa since 1964. Another important difference is that China’s assistance is almost entirely public in nature, and in the words of one Chinese informant: “If they don’t ask, we don’t provide”.

This factor is incredibly important, as it gives the aid recipients a much larger role in any initiatives, wherein they propose a project and the Chinese government then assesses whether it can meet those demands or not. Chinese medical teams also tend to stay together in one facility for a minimum of two years, whereas interventions from the West usually end up turned over to the government with an end to donor involvement after a project ends. In this way, China is working towards a very sustainable strengthening of the Chinese healthcare system.

The construction of clinics and training of medical students is also a focus point of Chinese health diplomacy. Most recently, the development of “container hospitals” will soon be introduced into African countries, either in Cameroon or Namibia as a starting place. Each hospital consists of ten containers with rooms for “general clinics, waiting for patients, treatments, a pharmacy and back-up power supply”. These portable hospitals were developed in order to be used for long-term service use near suburban villages. Smaller “container clinics” have also been developed with one to three containers. These clinics are expected to reach Kenya, South Africa, Tanzania, and Egypt by the end of the year, and the first of these will be staffed by African doctors trained specifically to use these container hospitals and clinics.

While China’s focus on infrastructure is clear and effective, recently Chinese health diplomacy has seen a shift to work closely with organizations such as The Gates Foundation and the World Health Organization. These collaborations have been focused on malaria and HIV/AIDS treatment, which are a contrast to the infrastructural focus of China’s common aid projects. Hopefully, Western organizations and donors will begin to shift their focus as well so that no source of aid is entirely focused on vertical or on horizontal aid programs. As well, all forms of assistance should work closely with the recipient governments in order to provide more effective and efficient aid.

Miseducation: A Short Film for the Why Poverty? Initiative Traffic Accidents: An Ignored Global Health Concern
Scroll to top