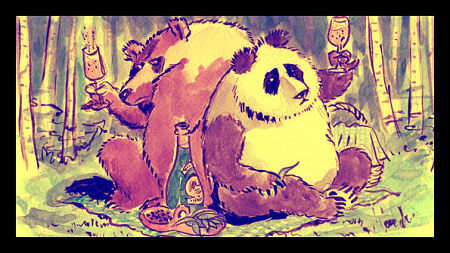 Recently, peace talks have begun over the deadly conflict in South Sudan. The prospects for a brokered peace are uncertain and fragile, but the violence has ratcheted down.

Amid the peace talks are a bevy of nations leading the charge to end the conflict, including the United States, Great Britain and Norway. However, China has become an increasingly important player amid the peace talks.

Some argue this bigger diplomatic role China is assuming flies in the face of established Chinese foreign policy norms and possibly hints at the future role China will play on the world stage. For over 50 years, China has routinely stated that it does not wish to meddle with the internal affairs of other nations.

This non-interventionist approach has remained relatively consistent over the years. But as China’s economy grows and as it seeks materials to continue that growth outside of its borders, a change in official foreign policy might be underway.

The many foreign countries in which China holds substantial investments, especially those in Africa, are unstable nations prone to conflict. For instance, in South Sudan, China has grown dependent on the steady flow of crude oil the newly formed country provides.

Last year alone, China imported over 3.5 million tons of crude oil from South Sudan; this made China its largest customer.

Once the conflict in South Sudan broke out, those massive resource investments were threatened giving China an incentive to become more involved in the internal affairs of other nations.

The conflict in South Sudan proved extremely troubling due to its widespread nature and its potential for destabilizing other African countries.

Over 740,000 people have fled their homes in since the fighting began. 80% of those who have been displaced from their homes are women and children.

While the disconnect is apparent between stated Chinese foreign policy and the country’s involvement in peace talks, they are quick to brush aside any suggestion that China could be “interfering” in another nation’s internal affairs.

Zhong Jianhua, a Chinese representative to Africa, states, “We are not the party to propose our own initiative, at least at this stage. So we urge all parties concerned to respect an African solution proposed by African parties.”

As China continues to grow, a more “interventionist” foreign policy may become needed. It has established investments in conflict prone countries in Africa and has provided assistance to many of these countries with practically zero human rights requirements attached to the aid.

When a country does nothing to stop and prevent conflict and human rights atrocities in the countries in which it does business, it should come as no surprise when those investments are threatened.

Perhaps a more “interventionist” China would help quell many of the issues seen in Africa as well as secure the investments so vital to their economic growth.