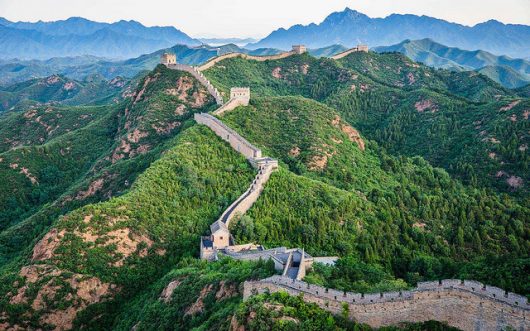 China’s growing population demands quick productivity, which is evident in its rising power consumption. China’s power consumption is currently at a peak, and the country is looking outside their borders for ways to keep up.

To match such outstanding electricity generation, China has amplified its efforts to go green. By the end of 2016, 77 GW (gigawatts) of solar power capacity and 149 GW of solar-wind power capacity were installed.

The State Grid Corporation of China (SGCC) facilitates most of China’s electricity generation, providing electricity to 80 percent of China. In 2013 the SGCC capacity reached 55 GW. China’s dependency on the SGCC requires that its grids are capable of supporting China’s power consumption. Grids undergoing repairs are often shut off, causing blackouts in the areas that they serve, resulting in counter-productivity rather than the efficiency China needs.

Line workers in the U.S. are able to work without shutting down segments of the grid because of aerial booms. Terex Utilities, a materials lifting and handling company in Watertown, South Dakota, is providing SGCC with aerial booms. The aerial booms will lift line workers to power lines and allow them to perform maintenance while the power lines are live.

The United States Trade and Development Agency (USTDA) sponsored a reverse trade mission (RTM) in July 2016 bringing 15 delegates from SGCC to tour Terex Utilities’ factory, learning about their supplies and productivity. The RTM also gave other U.S. suppliers of safety equipment such as 3M, Utility Solutions, Cummins, Altec, and Enercon America the opportunity to expand business relations with SGCC. At the Southeast Lineman Training Center, USTDA provided a training program on proper procedures when working with live power transmissions.

Creating business relations with SGCC has escalated manufacturing jobs for Terex Utilities as the demand for China’s power consumption calls for equipment such as aerial booms, hot sticks and rubber gloves. By learning from U.S. workers, China will soon be able to work on its power lines live rather than being forced to shut them down for maintenance.

Why Is Syria Poor?10 Important Facts About Refugees in Slovenia
Scroll to top