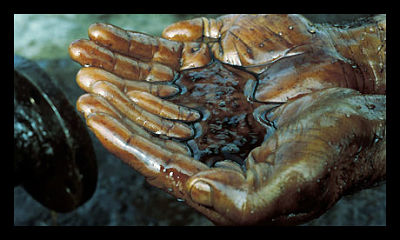 Earlier this month Nigerian President Goodluck Jonathan, joined by a group of state governors and key ministers, visited China with the goal of strengthening ties with this powerful Asian nation. China is one of Nigeria’s largest trading partners, with trade between the two countries expected to reach $10 billion by the end of the year, up from $2 billion in 2005.

But Nigerians were seeking more than a revamped trade agreement from the Chinese. During his visit, President Jonathan emphasized his commitment to leveraging Nigeria’s private sector to drive development, trade, and investment links between the two countries, the investment is key. “We want China to invest more in Nigeria,” stated Ngozi Okonjo-Iweala, Nigeria’s finance minister.

On July 11, during President Jonathan’s visit, China agreed to give Nigeria a $1.1 billion low-interest loan to improve the country’s infrastructure. The money will help build roads and airport terminals in four major cities as well as a light-rail line for Abuja, Nigeria’s capital.

Nigeria is Africa’s largest producer of crude oil, with an estimated 37.3 billion barrels of oil reserves. China is the world’s second-largest oil consumer, just behind the United States, and the largest global energy consumer overall, so it comes as no surprise that China would look to the West African country as a way to diversify its sources of much-needed crude oil.

In return for its investment, China can expect more Nigerian oil. As part of its energy security policy, China wishes to wean itself off crude oil from the Middle East. Nigeria is viewed as an additional source to secure the free flow of the hard commodity.

This relationship also holds great potential for Nigeria. With improved infrastructure and rising demand for its crude oil, China’s investment could prove to be the fix Nigeria’s economy has been waiting for.

How to Run for Senate MDG 7: Ensure environmental sustainability
Scroll to top