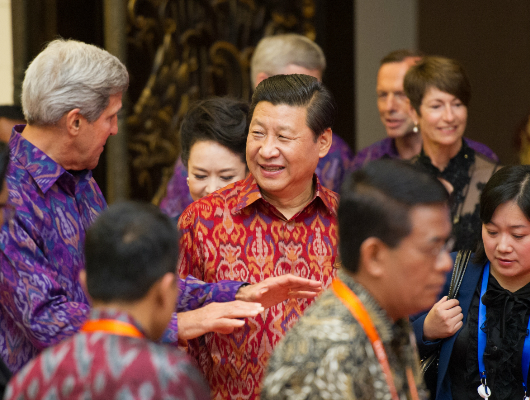 For the first time, China is launching an assisting fund for developing countries with an initial investment of $2 billion. China’s goal is to give a total of $12 billion by 2030.

“This is [a] major break with the past,” said Steve Tsang, an expert on Chinese politics at the University of Nottingham. “It’s the first time China is putting a large amount money toward international development.”

Over the years, world leaders including the United States, have criticized China for not taking responsibility as a nation with the world’s second largest economy. The country also overcame poverty in the last few decades, with the poverty rate declining from 61 percent in 1990 to just 4 percent today – the sharpest reduction in poverty by any nation.

On a global scale, 14 percent of the world’s population lives in extreme poverty today compared to 47 percent in 1990. This statistic represents the only target to be achieved under the Millennial Development Goals launched in 2000.

Some goals that will not be met by the end of 2015 include reducing child mortality and reducing childbirth deaths by two-thirds.

Countries that are still far behind in stopping poverty include India and sub-Saharan Africa, a divided nation that has the largest share of people living in extreme poverty worldwide.

In the past, China has contributed to helping extreme poverty in Africa, but the nation put their own strategic twist on their “humanitarian” efforts, wanting to expand their access to oil and gas.

Now, China is turning over a new leaf, letting the world know that the Chinese Government and China’s President Xi Jinping are jumping on the important bandwagon and showing their support.