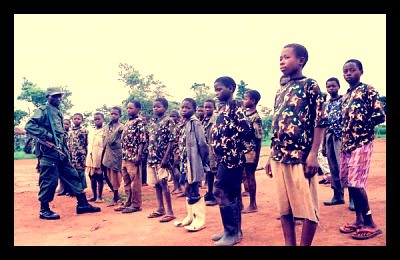 There have been crises in South Sudan, with recent news of the presence of child soldiers. The country has a population of 11,090,104, ranking at 77th in the world with  the majority of its population at 14-years of age or younger.  Approximately 46.2% of the South Sudanese population are children.

Southern Sudan was colonized by Egypt with the province of Equatoria in the 1870s. The region was then overrun by Islamic Mahdist revolutionaries in 1885, only to be overrun again by British forces in 1898.  Anglo-Egyptian Sudan was then formed, with Equatoria one of eight provinces. South Sudan eventually gained its independence in 1956, when full participation in the political system was granted to all provinces.

In 2005, after two prolonged periods of conflict that killed 2.5 million people, peace talks finally led to the Comprehensive Peace Agreement which entailed a six-year period of autonomy for Equatoria. Independence was then achieved on July 9th, 2011 and since then South Sudan has had a hard time maintaining good governance to build its nation. Since 2012, South Sudan’s economy has been deteriorating and the nation has struggled to control rebel militia groups in the territory.

According to South Sudanese national law and international law, no child should be able to fight in armed conflict, either with an informal militia or an army.  UNICEF has been concerned with this issue for some time and suspected numerous combatants to be children in the conflict in South Sudan. These allegations have recently been confirmed in reports received by UNICEF, but the number of child combatants is still uncertain.  UNICEF is on the UN Security Council and is monitoring the children affected by armed conflict in the country. UNICEF has called on both parties to halt the use of child soldiers and release them straightaway.  They are also reminding the parties that they are currently committed to international and national law and will face the consequences if they do not comply.