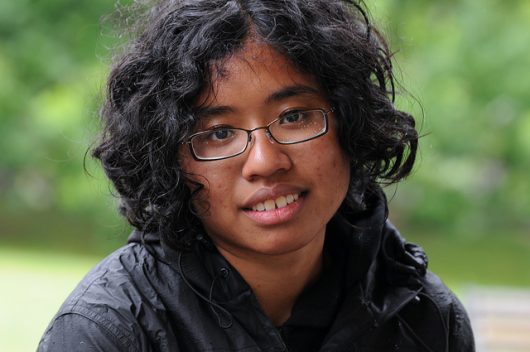 According to UNICEF, one in five children in New Zealand live in income poverty. About 8 percent of these children face severe hardships. Disturbingly, these figures on child poverty in New Zealand have hardly changed in the past decade.

Poverty in New Zealand should by no means be confused with poverty in a developing or underdeveloped country. When we talk about child poverty in New Zealand, it is in comparison to developed nations, particularly the Organisation for Economic Co-Operation and Development (OECD) nations. While a lack of economic and financial stimuli are the primary reasons for poverty in a developing country, these are in a state of equilibrium for a developed nation like New Zealand. Any efforts to address poverty are met by social, cultural and economic forces pushing people into poverty. Poverty in New Zealand is mostly entrenched in provincial parts of the country, where it coincides with high rates of drug dependency, poor health outcomes, high crimes and multi-generational cycles of disadvantage. Incremental changes at the margins would not significantly impact levels of poverty; a “circuit breaker” approach is needed.

Having said that, within New Zealand’s context, poverty exists despite historically high employment rates and excellent tax breaks and benefits. The forces driving poverty in New Zealand are not as simple as unemployment or inadequate state benefits.

Child poverty in particular imposes a considerable burden on a nation’s economy, and if left unresolved for a long time can severely damage its long-term prosperity. New Zealand currently spends upwards of $6 billion per year on remedial interventions. Failure to alleviate child poverty now will undermine the country’s achievements in areas like reduction in child abuse, total educational attainment and improvement in skill levels while hurting its longstanding economic advantage.

In 2016, when UNICEF’s Innocenti Report was published, it provided an assessment of child well-being, neonatal mortality, suicide, mental health, drunkenness and teen pregnancy across the OECD countries and the European Union. New Zealand was ranked 34 out of the 41 countries assessed and was in the bottom quarter for many of the measures used. In addition, New Zealand also has the highest rate of adolescent suicide of any country in the report, about two and a half times the average of 6.1. This humbling report on child poverty in New Zealand opened up a country-wide debate, with Kiwis demanding solutions from the government.

In 2012, the Office of the Children’s Commissioner submitted its report detailing 78 recommendations, each addressing some form of child poverty. Most recently, in order to contribute to the national conversation on poverty reduction, TacklingPovertyNZ conducted a series of workshops and came up with a list of seven suggestions to tackle poverty. These suggestions include simplifying and standardizing the benefit system, giving more benefits to regions of high need, revisiting the role of the state as the employer of last resort, investing in “hard” regional infrastructure,
investing significantly in mental health, targeting behavioral drivers of poverty and introducing asset-based assistance for high risk children.

While these suggestions seem credible and executable, it is often the case that credible policy options are always scrutinized under the political microscope of feasibility, lack of profile or degree of freedom from the status quo. Most policies that are known to work and are shown to be politically feasible have either been implemented or are under consideration. However, it is only by looking at policies that lie outside the range of political feasibility that we stand a realistic chance of identifying new ideas that might actually make a significant difference.