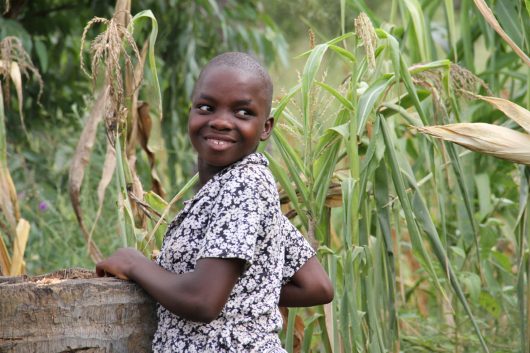 According to Girls Not Brides, Malawi has the highest rate of child marriages worldwide, with roughly one in two girls getting married by the age of 18. In rural areas stricken with poverty, parents choose husbands for young girls to improve their financial status. Families sometimes give their daughters in marriage in an exchange called kupimbira in order to repay their debts.

Theresa Kachindamoto, chief of a Malawian district of 900,000 people, is taking a stand to eradicate child marriage in Malawi. She has prevented more than 850 marriages and enlisted 50 sub-chiefs to enforce the ban in her district. “Whether you like it or not, I want these marriages to be terminated,” Kachindamoto said. “I tell them: if you educate your girls you will have everything in the future.”

Tamara Mhango of Girls Not Brides spoke about Kachindamoto’s mission. “She goes around her community even through the different platforms to raise awareness on the importance of girl education and also directly supports and sponsors girls who are vulnerable to stay in school, thereby delaying marriages,” Mhango said.

The report found that child marriage in Malawi often forced girls into relationships wrought with sexual and domestic abuse and gender-based violence. Some girls said their families used manipulative tactics to coerce them into forced marriage, threatening and verbally abusing them or throwing them out on the street if they refused to comply.

“The lack of dissemination and popularization of policies and laws that protect girls [in] the communities is one of the challenges faced in the efforts to eradicate the practice,” Mhango told The Borgen Project. “Inconsistencies in the new marriage law and the constitution [regarding] the legal age of marriage is one deterrent factor.”

According to health workers in Malawi, problems related to reproductive health and pregnancy, such as maternal death, obstetric fistula, premature delivery and anemia, occur most frequently among young girls. Malawi’s maternal mortality rate has reached 675 deaths per 100,000 live births. Malawian health workers suggested that early pregnancy complications could be avoided with better funding.

“If allowed to stay in school, properly supported through their education, and make sure that policies are in place, enforced and implemented to protect the girls at all levels, then we would prevent child marriages,” Mhango said.