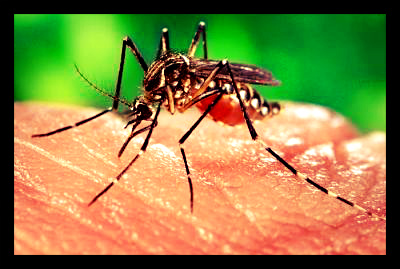 Picture the beautiful Réunion, a French island in the Indian Ocean off the east coast of Madagascar. Then picture the repulsive Aedes albopictus, a pesty little vermin that’s biting its way to the top of the World’s 100 Worst Invasive Alien Species list.

Put them together and you get an island devastated by the chikungunya epidemic, which has since infected one-third of the island’s population, a total of 250,000 people. $60 million of emergency aid has been sent from France, to hopefully pick up the pieces of the island’s once thriving tourist economy.

Derived from a word in the Kimakonde language of southern Tanzania, chikungunya translates to “to become contorted,” describing the stooped appearance of sufferers experiencing joint pain. The disease was first described during an outbreak in southern Tanzania in 1952 and has recently been rearing its ugly head once again.

Described as similar to malaria and dengue fever, this mosquito-borne viral disease is characterized by severe muscle pains, high fevers, lymph node swellings, rashes, and red eyes. It is transmitted by the bites of infected female mosquitoes, most commonly the Aedes aegypti and Aedes albopictusspecies, both of which tend to be found in highly populated, urban areas. After the bite of an infected mosquito the onset of illness occurs anywhere between 3 – 12 days.

Most patients recover fully but there have been reported cases of joint pain persisting for years following the illness, as well as eye, neurological and heart complications.

The World Health Organization (WHO) has already raised concerns, especially to travellers, regarding the growing numbers of chikungunya infection. The virus is easily spread, especially through international travel, and although not life-threatening there is still no vaccine for its treatment.

As chikungunya is similar to other mosquito-borne viruses, similar safety precautions have been recommended to prevent subsequent infections. Repellant, indoor spraying of insecticides, and mosquito nets are but a few of the preventive measures that can be taken.

Most recently, outbreaks of the disease have been reported in Asia, the south Pacific, the Caribbean islands, and Australia. The WHO reports that since 2005, India, Indonesia, Thailand, Maldives and Myanmar have reported over 1.9 million cases. In 2007, the virus was reported for the first time in Europe, in a localized outbreak in northern Italy. In 2013, there were a reported 127 cases of the disease in Australia, an increase of 568% within twelve months.

These statistics show that, although originating in Africa, the virus seems to have made its way across the globe with no signs of slowing down. We can only hope that a more effective treatment will soon be found, lest there be hundreds more Réunion’s devastated by the smallest of foes.