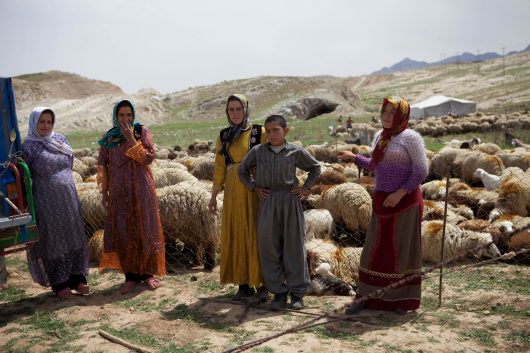 The 2016 parliamentary elections in Iran have resulted in a historical change from conservatives to moderate reformers in parliament. Many feel this change of leadership in Iran’s parliament will allow the economy to grow more freely and, as a result, reduce poverty levels throughout Iran.

When the first round of voting was completed in February, a quarter of the parliamentary candidates were unable to pass the vote threshold of 25 percent, and thus, a re-vote would be scheduled at a later date.

As the February votes were finalized it was noted that the moderate reformist wing of the government had gained momentum in their campaign and had the possibility to take the greater amount of seats in Iran’s parliament. This was particularly strange because Iran’s elections are not fully democratic, and reformists are often vetted out of campaigns.

These premonitions of change were confirmed on April 29 when the remaining 68 seats of parliament were voted upon, and results showed that moderates occupied 42 percent of the seats. Independents, many of whom are speculated to lean more towards moderate reformist views, won 30 percent, and conservative hardliners were left to gather what seats remained.

These reformist wins over the once-powerful conservative party in Iran’s Parliament follow in the wake of the recent revocations on economic sanctions which are credited to the cooperation of Iran’s moderate president, Hassan Rouhani, with the west. From the results of the elections, it is apparent that the people of Iran are eager to give breathing space to their economy, something that could not be anticipated in lack of international cooperation by a ‘hardliner’ parliament.

Andrew Simmons, reporting for Al-Jazeera observed, “International sanctions had limited effect on the rich while the poor became poorer.” Brutal inflation rates were one aspect that critically affected the impoverished as a result of the economic prohibitions. Sanctions were imposed in 2011 and 2012, and in one week’s time it was reported that chicken prices rose by 30 percent and the prices of vegetables by 100 percent.

Few question that Iran has the capability to develop and progress economically if it is allowed to trade freely on the international market. Ali Sanganian, an Iranian investment banker told Aljazeera, “We have the largest market in the region, and it’s a totally diversified industry. We have well-educated people, natural resources, and a very large market for consuming. Besides that, our market has been untapped for ten years.”

Though the elections and lifting of sanctions are favorable steps for Iran, there also are reasons to be wary about the true progress that has been made from the turnover in Iran’s Parliament. Suzanne Maloney of the Brookings Institute commented that this victory for reformists is not going to generate rapid change throughout the regime, rather it could be an indication of long-term improvements. There still exists an unelected portion of the government which holds tightly to the conservative approach of politics, and it has the power to veto the actions of a changing parliament.

Kathy Gilsinan of The Atlantic said, “We shouldn’t underestimate the Iranian people’s will for change, nor the Iranian regime’s will, and means, to crush those who seek change.” However, she too admits that the progress of these elections could develop in the long-term to be beneficial to Iran and the international community.

“The competition is over. It’s time to open a new chapter in Iran’s economic development based on domestic abilities and international opportunities,” said President Rouhani, speaking to the official Iran news agency, which BBC later noted. As mentioned by Rouhani, it is anticipated that these changes in Iran’s Parliament will open up the economy for more private ownership, better relations with the west, and ultimately an advancement from poverty for the estimated 7 million who still live in disadvantaged circumstances.

The Poverty Stoplight: A Technological Aid RevolutionCandidates for UN Secretary General: the Future
Scroll to top