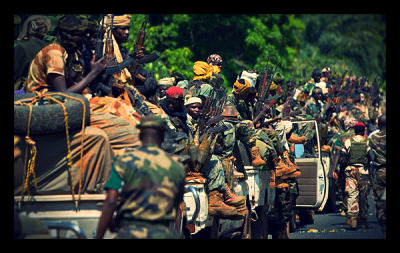 The Central African Republic (CAR) has been plagued by a humanitarian crisis since the ouster of former President Francois Bozize by the rebel group Seleka. Since the former government was deposed in March of this year, CAR has fallen into a downward spiral of political instability. Seleka leader Michel Djotodia has indicated that elections will be held after an 18-month transition period during which he will remain in power. Yet only 4 months after the rebel takeover, CAR is already seeing the dire effects of its deteriorating security situation, particularly in the withdrawal of most aid organizations from the country.

Several UN agencies and multiple NGOs have pulled out of the Seleka-ruled CAR due to “lack of security.” Among them are UN agencies and organizations that had provided the aid which much of the population depended on for survival. According to data from 2011, 62% of the population of CAR was in poverty, and only half of its rural population had access to an “improved water source.” In such a state of poverty, and with such a shaky political standing, CAR is facing a grave crisis.

Médecins Sans Frontières (MSF), an international organization also known as Doctors Without Borders, released a report in July explaining the grim reality faced by the citizens of CAR. Malaria cases, for example, have shot up since the Seleka takeover, with 33 percent more cases now than this time last year. Malnutrition and preventable disease have also become considerably more pronounced in recent months. MSF urges international agencies and organizations, from the United Nations to the European Union and African Union, to support CAR with funding and aid.

Torture Camps in the Sinai Desert Definition of Poverty: What Is It, Exactly?
Scroll to top