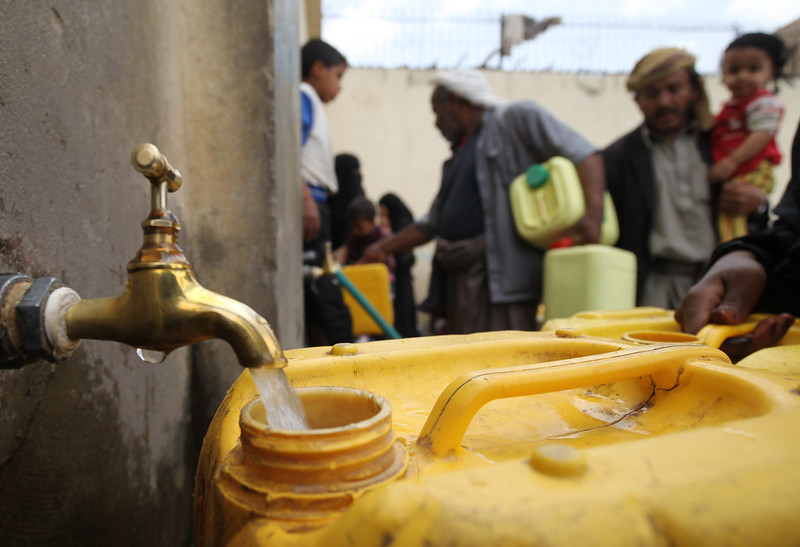 The ongoing water scarcity crisis in Yemen continues to grow. Currently, the country stands as one of the most water-scarce regions in the world. With conflict and climate change making it increasingly harder to obtain fresh water sources, access to safe drinking water is a major concern for people living in Yemen. The World Bank and its partners started a promising project where Yemen uses rainwater harvesting techniques to provide accessible and clean drinking water to local people.

Yemen is a water-stressed region, and the ongoing conflict has significantly exacerbated the crisis. A rapidly depleting store of groundwater resources in Yemen is negatively impacting the country’s economy, which mainly relies on irrigated agriculture. The International Committee of the Red Cross reports that Yemen’s groundwater overdraft is twice the recharge rate, resulting in declining and unsustainable water reserves. Moreover, the Yemeni Civil War has significantly disrupted crucial infrastructure. The displacement of 4.2 million people in Yemen and extreme water mismanagement have worsened the water crisis.

The United States Agency for International Development states that about 20.7 million people in Yemen lack clean water and essential health services, leading to several dangerous diseases such as cholera. Outbreaks of cholera and acute watery diarrhea have been major health problems in Yemeni communities since the outbreaks began in October 2016. According to the Red Cross, approximately 2.5 million cases have been reported, with more than 4,000 deaths in the Yemen cholera outbreak.

With 60% of Yemenis living in rural areas, the country’s biggest infrastructural challenge is providing water access to remote communities. According to the World Bank, people in Yemen undergo hardship in gathering water for daily use by traveling to far-off wells.  The World Bank and its partners collaborated with Yemeni communities to build rainwater harvesting systems.

Rainwater harvesting is not a complex process. Cisterns are built, usually from stones or other materials easily accessible in Yemeni villages, and placed on roofs to collect rainwater. The collaborative effort constructed numerous cisterns in three towns: Al-Adn, Al-Anin and Hawf. The project resulted in the villages being able to store large quantities of water that was free of contaminants.

Rainwater harvesting cisterns have provided safe drinking water and resulted in employment opportunities for locals. The World Bank offered cash-for-work programs in villages, allowing locals to build cisterns and gain valuable work experience. Cisterns have also eased the burden on the women and children in the villages. Haliya Al-Jahal, one of the women the World Bank interviewed, said, “We no longer have to go through the struggle of fetching water from remote areas.” The cisterns, as Al-Jahal states, have “put an end to [their] misery.”

The Future of the Program

The Yemen Emergency Crisis Response Project (YECRP) has supported the construction of about 1,279 public and 30,686 household harvesting cisterns across Yemen. This has resulted in providing 900,000 cubic meters of clean water to communities. YECRP has shown more promising results where Yemen uses rainwater harvesting to improve areas such as public health, agricultural production and economic gains.