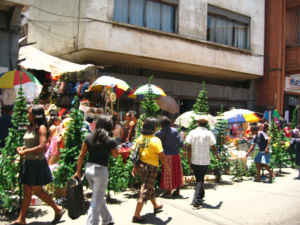 For most of the world, Christmas comes once a year. A day full of red bows and snow glistening in the December sun. Not so for Samaritan’s Purse, a nonprofit headquartered in North Carolina. For them, Christmas is not merely a holiday, but a lifestyle. Operation Christmas Child began as a mom and pop project in the United Kingdom. It quickly grew into a worldwide phenomenon under the umbrella of Samaritan’s Purse. Over 150 countries annually take part in the program. Every year volunteers fill shoeboxes with toys, basic care items and a message of hope for the eager hands of boys and girls living in underdeveloped countries.

Volunteers from around the world spend the months leading up to Christmas filling boxes to the brim. Schools, churches, community organizations and individuals all work to bring a glimmer of light to poverty-stricken countries. Last year, Samaritan’s Purse was able to collect 10.5 million shoeboxes to give to the world’s poor.

One country in particular that reaps from Operation Christmas Child’s generosity is Madagascar. Madagascar is an African island nearly 800 miles from the shoreline of Mozambique. It is home to exotic species, the deciduous baobab trees and unfortunately, overwhelming statistical poverty. According to The World Bank, 70.7% of the population lived below the poverty line in 2012. Three factors that play a role in the rise of poverty in Madagascar are political crises, climate shocks and a sharp increase in global food prices.

With all the compounding factors that exacerbate poverty, Madagascar is a perfect destination for Operation Christmas Child to focus its energy.

It was the summer of 2017. Mary Patton Murphy, a rising high school junior, packed her bags for her first trip across the world. Murphy is one of around thirty students that was able to be a part of the competitive week-long student vision trip with Samaritan’s Purse in 2017.

For years, Murphy had packed shoeboxes in the months leading to Christmas and dropped them off during National Collection Week. One year, a child that received one of her boxes sent Murphy a letter thanking her. This personal experience made her fall deeply in love with the organization. Murphy’s trip to Madagascar allowed her to see the ins and outs of the organization.

“It is such a well-run process,” says Murphy, “[the organization] truly maximize[s] their resources.” Murphy witnessed this first-hand during her time spent in Madagascar. Volunteers visited two distribution centers a day where each shoebox is diligently cared for and searched to ensure the safety of the delivery.

Murphy illustrated the process, noting that it “is a long one.” She expounded adding that “the shoeboxes travel to a local collection center. Then they are consolidated into carton boxes and sent to a processing center to make sure there isn’t anything harmful in any of the shoeboxes like toothpaste because the kids will try to eat it. They might add to a box if it is low on supplies or toys. Then the shoeboxes are shipped across the world. Some of these kids have never received a present before.”

Volunteers of all ages are the driving forcing behind this operation from beginning to end. They all advocate to make a difference in the lives of impoverished children across the globe. For individuals who would like to advocate on behalf of these children, they should visit this website.

The leaves fade from various shades of red and yellow and the morning air turns crisp and cool. The collection of shoeboxes for Operation Christmas Child will soon be underway. Make an early start to the season of giving with a mere shoebox, a few toys and a heart for the world’s poor. 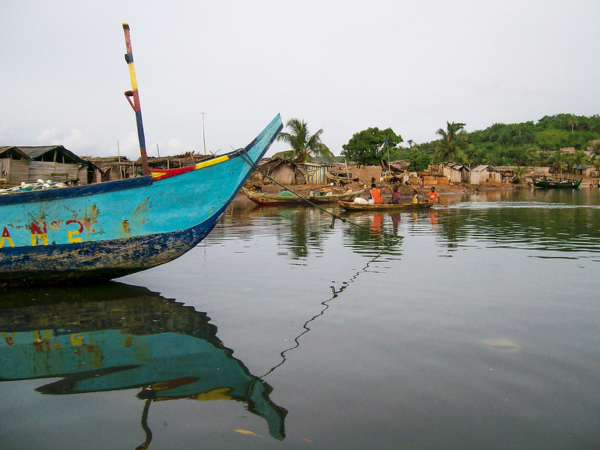 The West African nation of Ghana is a vibrant country filled with natural beauty and rich culture. However, like many of its neighbors in sub-Saharan Africa, Ghana suffers from a high poverty rate and lack of access to adequate health care. In fact, according to the Ghana Statistical Service, 23 percent of the total population lives in poverty and approximately 2.4 million Ghanaians are living in “extreme poverty.” That being said, many organizations and groups — both national and global — are working to improve health care in Ghana.

A disease transmitted through the bites of infected mosquitoes, malaria is a common concern throughout much of West Africa, including Ghana where it is the number one cause of death. In fact, according to the WHO’s most recent World Malaria Report, nearly 4.4 million confirmed malaria cases were reported in Ghana in 2018 — accounting for approximately 15 percent of the country’s total population.

All that in mind, many NGOs, as well as international government leaders, have taken up the mantle to eliminate malaria in Ghana. This includes leadership from the United States under the President’s Malaria Initiative or PMI which lays out comprehensive plans for Ghana to achieve its goal of successfully combating malaria.

With a proposed FY 2019 budget of $26 million, the PMI will ramp up its malaria control interventions including the distribution of vital commodities to the most at-risk citizens. For instance, the PMI aims to ensure that intermittent preventative treatment of pregnant women (IPTp) is more readily accessible for Ghanaian women. Progress has been made, too, as net use of IPTp by pregnant Ghanaian women has risen from 43 percent to 50 percent since 2016. This is just one example of the many ways in which PMI is positively contributing to the reduction and elimination of malaria in Ghana.

National leaders are also doing their part to positively impact health care in Ghana. In 2003, the government made a huge step toward universal health coverage for its citizens by launching the National Health Insurance Scheme (NHIS). As of 2017, the percentage of the population enrolled in the scheme declined to 35 percent from 41 percent two years prior. However, 73 percent of those enrolled renewed their membership and “persons below the age of 18 years and the informal sector workers had significantly higher numbers of enrolment than any other member group,” according to the Global Health Research and Policy.

It is difficult to truly understand Ghana’s health issues without considering firsthand perspectives. In an interview with The Borgen Project, Dr. Enoch Darko, an emergency medicine physician who graduated from the University of Ghana Medical School, commented on some of the health issues that have plagued Ghana in recent decades. “A lot of problems that most third world countries, including Ghana, deal with are parasitic diseases such as malaria and gastroenteritis. Though health issues like diabetes and hypertension still remain in countries around the world, and even the United States, the difference is that some diseases that have been eradicated in Western countries still remain in countries like Ghana,” Darko said. “Many people in Ghana simply do not see a doctor for routine checkups like in the United States. Rather, most people will only go to see a doctor when they are feeling sick. As a result, lesser symptoms may go unchecked, thus contributing to the prevalence and spread of disease and infection. Combined with the fact that many Ghanaians in rural communities may not have sufficient money to afford treatment or medicine, this becomes a cycle for poor or sick Ghanaians.”

That said, it is hoped that with continued support from international players as well as government intervention, the country can continue to make strides in addressing health care for its citizens.