Archive for category: Women’s Rights in the Philippines 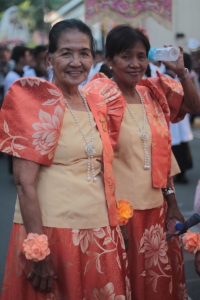 Several policies focus on advancing women’s rights in the Philippines to increase women’s empowerment and gender equality. The COVID-19 pandemic has brought to light gender disparities that make women’s rights progressions as urgent as ever.

Barriers for Women in the Workplace

Despite this progression, female participation in the workforce is low, standing at just 49%—one of the lowest rates in the East Asia and Pacific region (EAP) compared to the regional average of 59%. According to the World Bank, progression in female workforce participation rates has seen minimal improvement since 1990. Since 2015, this gap has reduced by just 0.3%.

The lack of participation of women in the labor force hinders opportunities for the nation’s overall economic growth.  The World Bank says, “An increase of women’s labor supply by a mere 0.5 percentage points per year would increase gross domestic product (GDP) per capita by about 6% by 2040 and almost 10% by 2050.”

A 2021 World Bank report on women’s economic empowerment explores the barriers to women’s participation in the Philippines’ labor force, including societal norms and beliefs.

The report’s survey on women’s work and childcare reveals that about 75% of Filipino males and 80% of Filipino women believe that men should be the breadwinners and women should bear the responsibility of caretaking and household chores. Further, more than 70% of men and 76% of women believe that a mother’s employment negatively impacts “the emotional and psychosocial development skills of a preschool child.” The World Bank has made policy recommendations to increase women’s participation in the labor force. This includes implementing “alternatives to child-care in the home” programs and promoting flexible work structures, such as remote work and e-commerce platforms.

The Magna Carta of Women

The Magna Carta of Women aims to abolish gender discrimination and protect women’s rights in the Philippines through a comprehensive definition of what constitutes gender discrimination. The law sets out extensive protections for women ranging from protection against violence to representation in male-dominated work sectors.

The Magna Carta of Women protects women from “all forms of violence” and ensures compulsory training on gender sensitivity for government staff  who work in sectors “involved in the protection and defense of women against gender-based violence.”

The law calls for more women representation in male-dominated fields, such as the police and military sectors. Women must also have equal rights regarding “marriage and family relations,” among many other rights such as equal opportunities to participate in sports.

Women’s Empowerment in the Workforce

Abigail Tina del Rosario, Maybank Philippines president and CEO, says women in the Philippines fare better than women in other countries in terms of academics, the professional arena, the political sphere and the legislative sphere.

The Philippines has resources in place to protect women’s rights in the workplace, like the Expanded Maternity Leave Law, the Safe Streets and Public Spaces Law and the Telecommuting Law that allows females to work from home.

Despite the challenges women in the Philippines face, policies and laws are in place to advance women’s rights in the country to empower women and eliminate gender inequality.