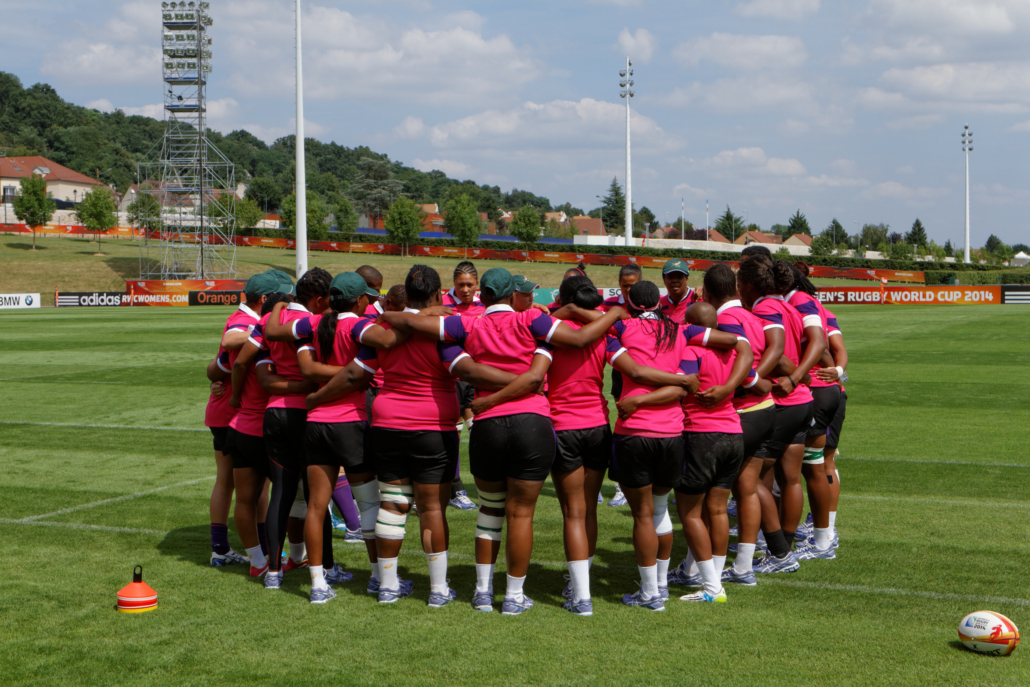 Income inequality is an unsavory reality for female athletes in South Africa. Nicknamed Banyana Banyana (Girls Girls), the women’s team players earn far less: R4,000 for a competitive match draw and R5,700 for a win, about $238 and $340, respectively, compared to the men’s R30,000 and R60,000, $1790 and $3580. Bafana Bafana, the men’s team, also receive regular salaries from their clubs. Female players, like Andile Dlamini and others on Banyana, receive only an R500 monthly stipend.

The gender pay gap extends beyond the sports arena. South Africa has a median gender pay gap between 23% and 35%, which exceeds the global average of 20%. Unequal earnings persist in households as well: 38% of homes are managed by women, and such households are 40% poorer than ones managed by men. In addition, 48% of women-led households support extended family members compared to 23% of their male counterparts. In this regard, unequal earnings plus proportionally higher economic demands on women call further attention to South Africa’s income inequality.

Since the 90s, the gender wage gap median decreased from 40% to 16%. UNU-WIDER, a United Nations research institute, emphasizes that the closing gap stalled at 16% in 2007 and has not changed. The lowest pay for female workers increased to match their male counterparts in middle-paying positions, but women earners still disproportionally earn less.

UNU-WIDER calls this the “sticky floor” effect, where socio-economic conditions constrain a specific demographic to the bottom of the job scale. Today, South African female workers still occupy the highest proportion of the lowest earners and rarely occupy the highest-paying jobs.

A Way Forward to Equal Pay in South Africa

A few days after South Africa’s WAFCON win, President Cyril Ramaphosa promised equal pay for the women’s national team through funding from the country’s ministers of finance and sports. Danny Jordaan, president of the South African Football Association, echoed the need to follow in Sierra Leone’s footsteps and remedy the pay disparity between men and women in sports. Ultimately, Banyana received an extra R5.8 million from the sports ministry to supplement the R9.2 million bonus from SAFA, $345,320 and $547,788, respectively.

Ramaphosa also highlighted how the WAFCON win supports income equality by using it as an opportunity to tackle the gender pay gap in all of South Africa. The president stated that in addition to awarding Banyana the pay they deserved, the country must eliminate unequal pay in all other sectors of the economy.

The WAFCON win shows how female success helps combat gender inequality. While bringing pride to South Africa, the women’s national team also used the spotlight to highlight unequal treatment and generate support for bridging the pay gap. With leaders in politics and sports now backing efforts to eliminate pay discrimination, there is continuing hope for progress.