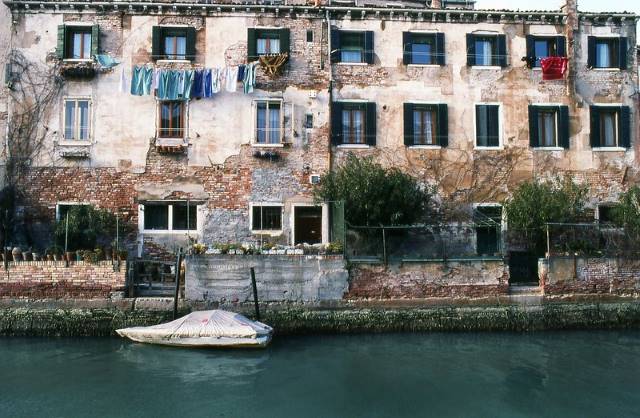 Venice’s resident population is drastically shrinking, from around 175,000 people within its boundaries after World War II to about 50,000 today. Despite this small number, the high cost of housing and the lucrativeness of the tourism industry leads to many homeowners turning properties into short-term tourist rentals. Estimates indicate that 25 million people visit Venice every year and 14 million of those people only stay for a day. This precarious economy reliant on tourism increasingly proves itself to be unsustainable due to high housing costs relative to resident income. Fortunately, Nicola Ussardi, the co-founder of Social Assembly for the House (ASC) is trying to address the housing crisis in Venice.

The Housing Crisis in Venice

In a nutshell, Venice has become the “world capital” of tourism which has predictably led to overtourism — a term the World Tourism Organization uses to describe “the impact of tourism on a destination, or parts thereof, that excessively influences perceived quality of life of citizens and/or quality of visitor experiences in a negative way.” To put this into perspective, more than 20 million tourists visit Venice per year but loses about 1,000 residents in the same span of time. The remaining citizens face tough financial situations with regard to housing costs. Property owners have the option to keep their buildings affordable for locals or transform their properties into short-term rentals and make a potential windfall profit.

More than 8,000 Airbnb apartments in the city point to a frustrating reality of the housing crisis in Venice that Ussardi’s grassroots movement concerns itself with. For ages, Venice has relied on mass tourism for the overall well-being of the country but it is increasingly obvious that it also has a negative impact on citizens. Ussardi’s plan to provide housing circumvents traditional methods of applying for and receiving public housing. Ussardi says that many public housing properties have fallen into disrepair. Even abandoned convents become hotels instead of public housing.

Assembly for the House (ASC)

Assembly for the House is a housing community that focuses on finding homes for Venetians who have to leave their residences due to the rising cost of rent. People who lose their homes can count on ASC to locate uninhabited, abandoned or dilapidated spaces, repair them for occupancy and move them in. ASC also works with residents to block evictions.

In essence, ASC not only lobbies the government for fairer housing practices but also finds abandoned homes for people to occupy. This applies a communal face to the crisis in a kind, albeit unconventional approach to ensuring shelter for the people of Venice.

How Assembly for the House Helps

Assembly for the House hosts 150 people in Cannaregio and Giudecca, two working-class neighborhoods in Venice. Emanuela Lanzarin is a social services assessor for the region and plainly admits that while ASC’s actions are illegal, there are also not enough public houses to meet demand. Shockingly, 2011 is the last time a Venetian received a public apartment.

For people like Simonetta Boni and Davide de Polo, two Venice residents who lost their homes after steep rent increases and ineffective social services, ASC provided housing spaces at a crucial time. De Polo said, “We [occupiers] are the alternative to the death of Venice.” The Assembly for the House is helping facilitate that alternative.

This uncommon approach from a nonprofit focused on ending the housing crisis in Venice is providing necessary housing assistance to citizens who otherwise would not have a roof over their heads. Ussardi is an inspiring example of a citizen taking action to solve a crisis that the government has overlooked.