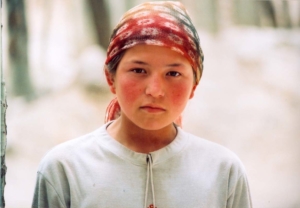 More than 40 different ethnic groups live within China’s Northwest region, known as Xinjiang. The two largest ethnic groups are the Han Chinese and Uyghur Muslims. The two groups do not speak the same language, nor do they share similar traditions. This creates a divide that widens due to the socio-economic disparity between the two factions. The Chinese government’s treatment of the Uyghur Muslims in Xinjiang, through exploitation and other human rights violations, further exacerbated the issue. Unfortunately, fear of the Uyghurs has given the Chinese government a justification to detain and exploit millions.

The Issue of Poverty

The poverty in Xinjiang is most prevalent of any Chinese province at approximately 6%. However, certain regions suffer more than others. For example, Yutian County has a poverty rate of around 25%. Yet, the region has made great strides forward in poverty alleviation during recent years. In fact, more than 2.3 million people escaped poverty between 2014 and 2018. Xinjiang’s resource-rich areas have caught the attention of the Han Chinese. This, in turn, drives migration and economic growth. Additionally, the government has promoted various industries, employment transfers and citizen relocation, further driving down poverty rates.

Despite this, many Uyghur Muslims in Xinjiang suffer exclusion from these benefits. Most prominently, employment discrimination prevents Uyghurs from obtaining jobs in these rising markets. As a result, a disproportionate amount of Han Chinese receives better jobs, furthering the economic disparity between the two groups. Furthermore, the rising number of Han Chinese in the region (currently at 40% of the population) has made the native Uyghurs feel distant from one another. The Uyghur Muslims in Xinjiang fear the loss of their culture.

Due to the exclusion and poverty that the Uyghur Muslims in Xinjiang experience, they tend to move closer to Islam. Some even go so far as to commit acts of violence. Regardless of the real reasons for the violence, many Han Chinese believe it is Islamic extremists causing violence. The Han Chinese believe this contributes to instability within the region as the Uyghur’s are fighting for independence. This, in turn, leads to widespread fear and distrust among the population.

The Chinese government responded to these acts of violence by claiming that Islamic extremists caused it. Therefore, the government must “reeducate” the Uyghur Muslims in Xinjiang. Since 2014, China has suppressed the Uyghurs’ culture, language and religion in the name of national security, while claiming that the Uyghurs have full freedom. Police stations now occupy every few blocks and cameras are on every street. Some public areas are inaccessible and many people are stopped on the street for identification. Notably, many Uyghurs have had their passports taken and can no longer leave the region.

Since 2017, the government has been detaining approximately 1 million Uyghurs in reeducation camps, with their only crimes being that they are Muslim. Hundreds of camps are present today with 39, having tripled in size from 2017 to 2018. Construction spending has increased drastically by nearly $3 billion in recent years.

Information on exact conditions in the camps is difficult to discern. However, previous detainees speak of a prison-like environment, sexual assault, forced abortions or contraceptives, extreme surveillance and torture. Some say they witnessed people taking their own lives.

Additionally, many Uyghurs in these camps must work in factories across China. They experience exploitation, completely against their will. The products they produce are widespread. Approximately 83 international companies use this forced labor in their supply chain. Moreover, 20% of cotton products around the world came from this forced labor.

Many U.S. companies benefit from this system. Legislation must pass to prevent forced labor and condemn China’s actions. Most recently, the Senate passed the Uyghur Human Rights Policy Act of 2020 (S3744) in June 2020. It placed sanctions on many officials responsible or complicit in the detainment and abuse of the Uyghurs.

Particularly, the Uyghur Forced Labor Prevention Act emerged in March 2020 but has not passed into law yet. Additionally, many Uyghurs are stuck in U.S. immigration limbo, complicating their ability to seek refuge. Both proposals are crucial in helping significantly reduce the demand for forced labor. Further, people are urging the Chinese government to stop committing human rights abuses.

Many NGOs are working to bring attention to the crisis, as well as aiding the affected Uyghurs. Despite difficulties in offering direct aid, there exists a coalition of more than 250 organizations part of the End Uyghur Forced Labor campaign. The coalition demands companies eliminate any Uyghur forced labor within their production lines, within one year. Companies that agree must sign a pledge — applying pressure to all companies that have not yet signed. Also, the coalition organized advocacy days, began petitions and called on Congress to ban cotton from the Uyghur region. This additional pressure on companies will help end Uyghur forced labor. Hopefully, it will reduce demand for Uyghur labor and prevent their exploitation as well.

Poverty in Xinjiang has reduced significantly. It will likely continue to decrease in the upcoming years. Additionally, numerous countries have applied pressure on the Chinese government. It is crucial that the U.S. does the same. Many NGOs have worked to raise awareness and apply pressure on governments and companies to eliminate Uyghur forced labor. Despite the many challenges that the Uyghurs have faced, hope remains for conditions to improve, with the support of the global community.