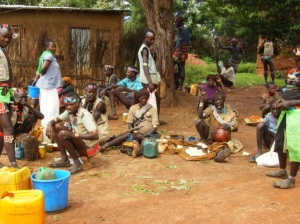 Despite Ethiopia’s fast-growing economy, it is one of the most impoverished nations in Africa. However, the United States Government (USG) is making a significant effort to combat poverty in Ethiopia. On April 26, 2022, the U.S. announced that it would provide about $43.7 million in order for water, sanitation and hygiene (WASH) support along with health, nutrition and food aid to Ethiopians suffering from drought. Overall, USG funding for Ethiopia will help the nation make headway with poverty reduction.

According to USAID, drought, flooding, food insecurity, vector-borne disease and minimal access to health services are just a few of the acute shocks that Ethiopian populations routinely suffer. These issues are worsened by continued large-scale violence, conflict and displacement, leading to a complicated emergency humanitarian situation.

On top of these challenges, the consequences of the COVID-19 pandemic have not only brought about health impacts for countries but also economic repercussions. The World Bank predicted that Ethiopia’s poverty rate would stand at 27% by 2019. Like many other countries, Ethiopia suffered economically after the pandemic as its gross domestic product growth shrank from 6.1% in 2020 to 5.6% in 2021. Real wages for Ethiopians in Addis Ababa alone declined by 14% for high skilled workers at the onset of the pandemic.

How Will it Help?

According to the World Bank, Ethiopia is the “second most populated country in Africa” as of 2020. With this comes the increasing problem of water shortages. Besides water shortages, there is a lack of access to clean and safe water, which can lead to water-borne diseases, such as cholera, as individuals resort to consuming water from unsafe and potentially contaminated sources.

In fact, according to an article by Lifewater, “7.5[%]of the global water crisis is in Ethiopia alone” as of 2019. According to USAID, by April 2022, 8 million people in the southern parts of Ethiopia faced the impacts of drought conditions as a result of a third continuous “poor rainy season” in the latter part of 2021, which sparked severe water shortages and increased demand for emergency food aid.

WASH support aims to combat this by supplying safe water and preventing disease outbreaks. Food insecurity is also an issue in Ethiopia. According to the World Food Programme, despite Ethiopia’s progression, there are 20.4 million people who are still in need of food aid. The U.S. will ensure more people in Ethiopia have access to food by “providing assistance to drought-affected populations.”

Ethiopia continues to show effort in slowing down poverty. In fact, according to the World Bank, the government created a 10-year plan based on the 2019 Home-Grown Economic Reform Agenda for Ethiopia. With the intention of moving to a “private-sector-driven economy” and fostering “competition in key growth-enabling sectors” while promoting efficiency and a proper “business climate,” the plan will run for approximately 10 years from 2020/21 to 2029/30.

Ethiopia’s five-year growth and transformation plans aim to achieve “middle-income status” for the nation by 2025 by “sustaining high growth and speeding up structural transformation.” In the meanwhile, the USG funding for Ethiopia is actively lessening the burden on those who suffer from poverty in Ethiopia.